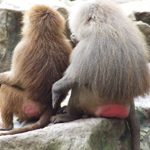 While executing your investment property strategy, picking an exact market bottom isn’t as critical as you might think. It all comes down to the internals of the deal and whether it makes financial sense to pull the trigger at that point in time. While we would never suggest you ignore the reality of local property prices, the strategy Jason discusses in the Creating Wealth Show doesn’t mean you have to pick an absolute bottom to make a profit.

Consider the Orlando market, a city whose property prices have been beaten up pretty badly in recent years. We can look at the numbers and see that property prices have declined 43% since 2006. That’s a bunch, but is it the bottom? Maybe. Maybe not. What we’re more concerned with is that we’re seeing more and more deals that appeal to us. One thing you can count on is that the city’s molecular bonding with tourism assures that the economic picture will turn around at some point.

The average home price in Orlando in 2011 is $165,200. A CNN article predicts that the average price in 2014 will have increased slightly to $166,200. During that same time period, today’s average monthly rent of $980 will have increased to $1,148. Here’s where it gets interesting. Take a long term loan out on a rental property based on today’s price. Yes, you’ll probably have to put down 20% in the current loan climate, but if you can swing that, everything is gravy from here on out.

Your cost basis in 2014 on that investment property will still be the same but your passive monthly income will have risen by about $150 per month. That’s free money! A market that offers discounted house prices combined with rising rents is the perfect storm for income property investors. That’s why we’re so excited about certain cities right now. There’s a good chance that conditions such as these, which so heavily favor the landlords, will not be seen again in your lifetime.

Even if the downward trend in property prices continues for a while, and it might, the wave of renters who will be looking for a place to live isn’t going anywhere. They need a roof over their heads and they’re going to have to pay the going rate to get it. So don’t worry if the market declines a bit further after you buy. Your investment property strategy has a very good chance of paying off big.