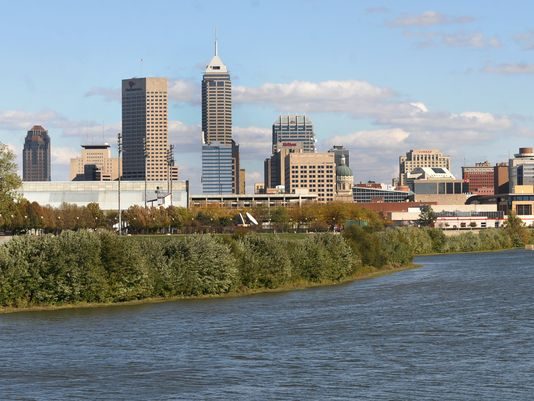 Lonely Planet, one of the world’s foremost travel publishers, recently released its list of the top 10 American destinations to visit in 2015, showcasing Indianapolis at number six.

This comes on the heels of the New York Times listing Indy as one of 52 Places to Go in 2014. What gives? Well, we know it’s a cool city but it would appear that the rest of the world is finally catching on. It’s distinctions like this that make the difference between an average and a great city, said Chris Gahl, vice president of marketing and communications for Visit Indy.

“When you have media powerhouses stamping you approved, you have a new level of credibility and believability that you are a place worth checking out,” said Gahl. “There is an understanding that you must be a vibrant destination teeming with activity and a viable place to visit.”

Indianapolis is known as a top convention city — USA Today dubbed it the number one convention city in the U.S. — but according to Visit Indy, 62 percent of visitors to Indianapolis come to see family members or friends. That number has risen from the 50s in recent years.

That’s because accolades like Lonely Planet’s list aren’t just good for tourism and convention traffic. Residents also use them to become stronger enthusiasts and ambassadors for the city.

“They publicly share these lists and rankings on their social channels to say to family and friends, ‘This is where I live’ — that sense of pride changes the conversation and gets people thinking differently about Indy,” said Gahl.

Something to brag about

What do Cape Town, South Africa, Belize and Indianapolis have in common? They’re all listed as part of the New York Times’ 52 Places to Go in 2014. If that news comes as a shock, you’re not alone. Lonely Plant dubbed Indianapolis “America’s most surprising city.”

Among the highlights and points of interest included recent additions like the new urban kitchen Public Greens, which donates its profits to The Patachou Foundation, a nonprofit that provides healthy food to hungry children, and the Indiana Pacers Bikeshare, which provides 250 bicycles for rent Downtown.

A Downtown, mind you, that was listed number three in the Top 10 Best Downtowns byLivability.com.

“Bring on the lattes, yoga mats and dog walkers. Turns out we live in a yuppie paradise,” Star reporter Shari Rudavsky wrote earlier this year when search engine Locality.com ranked Indianapolis at the top of its list of Most Affordable Cities for Yuppies.

It’s just one of the reasons that TIME Magazine and Apartments.com named Indy one of the Top 10 Best Cities to Start a New Career (also noteworthy is Carmel’s designation as one of the Best Places for Businesses and Careers — No. 24 by Forbes.com and No. 3 best place to live by Money Magazine).

But Indy isn’t all work and no play. USA Today reported the Children’s Museum of Indianapolis as the number one Museum for Families and the Indianapolis 500 as the Best Bucket List Sports Event in its 10Best Readers’ Choice awards. They don’t call it “The Greatest Spectacle in Racing” for nothing. Speaking of sporting events, the Bleacher Report dubbed Indianapolis one of the ten Best Cities to Be a Sports Fan.

“You want a big event done right? Bring it to Indy,” wrote Bleacher Report writer Will Carroll. Apparently the NFL didn’t think so as far as Super Bowl 2018 was concerned, but hey, at least we can count on the Final Four.

Of course, with all those visitors coming and going, it makes the designation of having the Best Airport in North America (according to the Airports Council International) that much sweeter.

Sadly, no city is perfect and Indy is no exception, particularly where Hoosier health is concerned.

In The American College of Sports Medicine’s annual American Fitness Index, Indianapolis dipped from 45 to 47 out of the 50 states. “That’s just one report,” you might be thinking.

Well, here’s some food for thought: the state was 41st in overall health according to the United Health Foundation — the 46th if you ask Men’s Fitness — and the ninth most inactive state as reported by Glamour magazine, based on a report by the Center for Disease Control and Prevention.

I’d recommend we all take a deep breath right now, but the American Lung Association’s State of the Air 2014 report gave Marion County a big fat “F” grade in ozone levels, and ranked Indianapolis as the 20th-most polluted city in the nation for year-round particle pollution. Ouch.

Don’t feel too bad though. At least Indianapolis has more culture than Los Angeles. In a survey by real estate website PropertyShark, Indianapolis was ranked second in the top 20 Cities for Culture based on the number of people per cultural venue. The City of Angels came in at number 17.