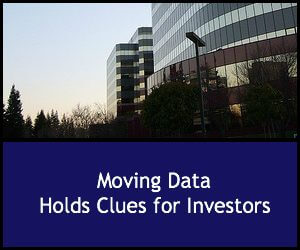 The US has always been a restless nation. Moving – whether across the street or across the country – is a given in the lives of most Americans, who pack up and head out for work, school and countless other reasons. Recent data on destinations and departures from the people who should know – United and Atlas Van Lines – can give income property investors a few insights about promising locales.

Though the data reported by United Van Lines dates from 2013, the larger trends revealed are still relevant. United Van Lines’ information reveals states with the largest and smallest percentages of inbound moves. The winners: Oregon on the West Cost and the Carolinas on the East Coast. And it may not come as much of a surprise that states with the largest percentage of movers heading elsewhere were New York New Jersey and Illinois.

Those trends are supported by similar number crunching from Atlas Van Lines, which recently released its own collection of 10 years’ worth of data on its in and out bound moves. North Carolina topped Atlas’ list of inbound moves for the period between 2004 and 2013. And in the same period, New Jersey and New York led the list of most outbound moves, along with Indiana and Ohio.

With some variation, both moving giants’ data tell the same story. Of course there are many reasons why people move to, or from a particular place. But in general, areas like the Carolinas and Oregon are relatively low cost and low key places with clean air and thriving local economies. On the other extreme, New Jersey and New York, along with various states in the Midwest are plagued by economic downturns, expensive housing and bad weather.

The takeaway for investors? Building a diverse portfolio of properties in flourishing, mid range markets is a key to investing success. Those ideal markets should have a diverse and growing economic base, with rising home prices that still allow for fairly low cost purchases.

Those kinds of markets also typically offer the amenities that are most sought after by the nation’s hottest growing groups of renters: millennials and retirees, who are likely to remain more or less permanent renters.

They’re looking for comfortable, secure housing that’s within easy access of amenities like shopping and work. Younger tenants who may be relocating for work are seeking out those lower stress cities where the cost of living is lower than in major cities. Recent retirees, too, may have “downsized” from a large family home in another state and are looking for a place to enjoy a comfortable retirement.

High-priced and oversaturated markets such as New York and California – which didn’t land on either extreme of United Van Lines’ list – offer fewer opportunities for investors hoping to start building a portfolio. They’re self limiting in terms of demand and growth – and have much less potential for real long term returns.

While the data collected by United and Atlas makes a clear statement about the top places where Americans want to move to, and away from, it’s also revealing to take a look at the destinations in the middle – and consider those numbers from an investing standpoint too.

Atlas’ ten-year compilation proves North Carolina wins the popularity contest, but it also shows a surprising runner-up: Washington, DC. The nation’s capital also saw more inbound moves than outbound over the same period, although in much smaller numbers. And while those numbers alone might make Washington appear to be a hot market, it’s important to consider the bigger picture of DC-area real estate and just who needs to live in the District. Like New York and other tight, higher priced markets, it’s fueled by a limited and specific kind of resident.

Moving company data may not tell all about the migratory habits of the restless American, but it can offer some glimpses into what makes a location worth moving to – and from. And that’s information that smart income property investors can take all the way to the bank. (Featured image: Flickr/rieh)

FFR45: Get Rid of Lazy Money

CW464: Dr. Ben Carson:What We Can All Do To Save America’s Future