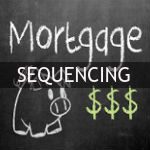 Lucky listeners get twice the great investing information on episode #336 of The Creating Wealth Show when host Jason Hartman invites two (count ‘em, two!) special guests to chat. The first guest, Aaron, is an investor who uses Jason’s network and has become an expert on mortgage sequencing. The second part of the show is devoted to a conversation with Catherine McBreen, president of Millionaire Corner and author of , “Get Rich, Stay Rich, Pass it On: The Wealth-Accumulation Secrets of America’s Richest Families.”

With the U.S. seeing a record numbers of millionaires, McBreen explains the effect stocks have had on this run-up. She recently released a service called “Find an Advisor,” and discusses how it helps people find the best financial advisor for them. She also analyzes investment newsletters in lieu of financial advisors. Lastly, McBreen talks about the effect money has on happiness and marriage relations.

Often real estate investors who dive into income property investing are well into their strategy before they run up against a nasty financial reality. Your lender will not keep loaning you money to buy more properties ad infinitum. There is a finite number of loans you will be able to take out. In the days following the 2007-08 financial crisis, that number was reduced to four. It has been expanded now to 10 and even up to 19 with a few caveats.

Past that, you should expect to pay cash for subsequent property purchases, which, if you’re selecting deals using Jason’s criteria, should not be a problem. Mortgage sequencing is simply the process you should follow, as described by Aaron when it comes to setting up all those first 19 mortgages.

Before we go further, keep in mind these are advanced real estate financial strategies. You REALLY need to know what you’re doing before you plunk down dollar one. If you haven’t already, visit JasonHartman.com and have a conversation with one of his Investment Counselors. It’s always free to talk and there is no pressure to buy.

Keep in mind that the following information applies to residential units only. This definition applies to multi-unit structures but they can’t have more than four units and still be considered residential. Here we go. Unit #1 is usually going to be your primary residence, assuming you have a mortgage on it. Mortgages #2, #3, and #4 should present no problem for your favorite lender to finance. Rates should be good and no onerous terms should rear their ugly head. Generally speaking, these will be your most favorable loans.

Now we’re getting into Fannie Mae money. This is the financing bracket that follows your first four properties. These loans are subsidized by the government. Rates should be good. By the way, don’t EVER try to hide loans from any lender. There is little chance you will get away with it for long, and when they find out about your subterfuge you’re liable to find any loans you have in process cancelled. Expect it to be hard to get another one without going to an expensive private lender.

At this point you’re out of the easy money and should expect to pay a few more points in interest. You’ve been doing some serious mortgage sequencing and now are going to get your loans from hedge funds or private investors. These type of lenders will limit their exposure with one borrower to four or five loans. The hard government cap on mortgages kicks in at 19. As we said, after that you will need to have enough cash flow from the properties you have financed to buy #20 and beyond with cash. If you’ve done your homework and stuck to the plan, this should not be a problem.

Moving on from the mortgage sequencing topic. Catherine McBreen joins Jason to discuss the state of millionaires in America. As of her company’s most recent survey, there are nine million millionaires, then an additional 14.3 million people with at least $500,000 in net worth.

But perhaps the most interesting demographic McBreen talks about is what she calls the “mass affluent,” defined as those who fall in the $100,000 to $1 million category. These are the poor souls who Jason refers to as the sandwich generation. Many are caught between paying college tuition for kids and nursing or in-home health care costs for aging parents, all without the benefit of any sort of financial aid that might be available to lesser earners. They earn too much to get freebies but not enough to feel like they’re riding on easy street.

What Did the Millionaires Do Different?

An interesting tidbit uncovered by McBreen’s research might explain some of the financial stress encountered by the mass affluent. After the most recent market crash (2007-08), our less-than-millionaires pulled a lot of their money out of the stock market in fear. At one point this group had as much as 30% of their net worth in cash. Millionaires only had about 10% in cash. They stayed in the market where it could benefit from the recovery and successive market highs.

Under the auspices of Millionaire Corner, McBreen regularly undertakes a national survey to establish at what level people consider a person rich in terms of annual income and net worth. The most recent results are in! Envelope please. If you make $500,000 per year, you are considered rich in the eyes of your American peers. Furthermore, if you have a net worth of $2 million dollars you fall into the rich category as judged by your peers.

There you have it. Listen to the podcast to catch more from Jason and Catherine, especially a fascinating discussion on why the SEC refused to give its blessing to an Angie’s List style service McBreen wanted to start that rated financial advisors. Visit her website at MillionaireCorner.com for more.