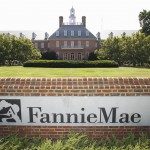 WSJ – Fannie Mae , Freddie Mac and mortgage lenders are nearing an agreement that could lower barriers and restrictions on borrowers with weak credit, a move that would expand access to home loans amid the sluggish housing recovery.

The move by the mortgage-finance giants and their regulator, the Federal Housing Finance Agency, would help lenders protect themselves from claims of making bad loans, according to people familiar with the matter.

Fannie and Freddie are also considering programs that would make it easier for lenders to offer mortgages with down payments of as little as 3% for some borrowers, the people said. That would be a reversal for the loan giants. The moves could be announced as soon as this coming week.

Regulators and White House officials have struggled to expand access to mortgages, which have been hard for some borrowers to get since the financial crisis despite a sharp rise in home prices. But the likely moves by Fannie and Freddie could provide kindling for critics who worry about repeating some of the mistakes that led to the housing boom and bust.

The agreements wouldn’t end the debate over the future of Fannie and Freddie, which were taken over by the government near the height of the crisis in 2008. Earlier this year, a bipartisan Senate plan to replace Fannie and Freddie as part of a broader housing-finance overhaul stalled.

The latest moves underscore just how much the government is relying on Fannie and Freddie to help increase the supply of credit. Steps to reduce down-payment standards would further signal a turn away from previous efforts to shrink the influence of the two mortgage giants.

But Mark Calabria, director of financial-regulation studies at the libertarian Cato Institute, said: “This is the sort of thing that gets people underwater. Three percent [down payments] can disappear and become zero real quick.”

While Fannie and Freddie don’t make loans, they buy them from lenders, package the loans into securities and then give guarantees to make investors whole if borrowers don’t repay.

Fannie and Freddie have recouped tens of billions of dollars in penalties from lenders in recent years over claims that the lenders made underwriting mistakes on loans they sold to the mortgage giants during the run-up to the housing crash. Lenders have blamed those penalties, in which lenders were required to buy back mortgages, for prompting lenders to make loans only to borrowers with near-pristine credit.

In previous years, Fannie’s and Freddie’s regulator had tried to shrink their outsize role in the mortgage market. However, under new director Mel Watt, who took office in January, the FHFA has turned to expanding mortgage access, partly to ensure that tight credit doesn’t stifle the housing recovery.

The FHFA has made several previous attempts to ease lenders’ concerns. Beginning in 2013, the agency said lenders wouldn’t have to buy back most loans where the borrower didn’t miss any payments for three years. In May, the FHFA said borrowers could miss two nonconsecutive payments within three years.

In both cases, the FHFA exempted some mistakes such as fraud. But without clear definitions of what mistakes met that threshold, lenders said they remained wary of expanding mortgage access.

The new agreement would clarify which mistakes should constitute fraud, giving greater confidence to lenders that they won’t be penalized many years after a loan is made. Still, lenders and regulators must reach an accord on what to do if they disagree on some problems, which could involve using a third-party arbiter to resolve disputes.

Mr. Watt is scheduled to speak at a Mortgage Bankers Association conference on Monday.

“Assuming Director Watt announces some new framework to give better clarity for lenders to extend credit to more qualified families, this will be a good step forward for the housing market,” David Stevens, the trade group’s president, said in a statement.

Analysts at Compass Point Research & Trading LLC said an agreement would reinforce “our belief that policy makers are willing to embrace initiatives aimed at increasing the flow of mortgage credit.”

Separately, Fannie Mae, Freddie Mac and the FHFA are considering new programs that would allow the companies to guarantee some mortgages with down payments of as little as 3%. The program might be limited to certain kinds of loans, such as mortgages to first-time home buyers.

Fannie Mae stopped accepting loans with 3% down payments last year, except in certain circumstances, while Freddie stopped guaranteeing such mortgages years ago.

Regulators and lenders have tried to walk a fine line between expanding mortgage access and moving too far toward the loose credit that led to the crisis.

In May, Mr. Watt said Fannie and Freddie should focus on making credit more available, rather than pull back from the mortgage market.

The potential impact of looser lending standards and low down-payment programs on the availability of mortgages isn’t clear. One question: Will an agreement be enough to get lenders to boost their lending to lower-quality borrowers?

Meanwhile, the U.S. government and shareholders of Fannie and Freddie are continuing to fight in the courts over how to handle the companies’ profits.

When the two companies were taken over in 2008 and put into a so-called conservatorship, the government didn’t wipe out shareholders. Instead, it received warrants to buy as much as 80% of the common stock in Fannie and Freddie—and a new class of preferred shares that initially paid a 10% dividend.

In August 2012, the government did away with the fixed dividend but required Fannie and Freddie to steer almost all of their profits to the U.S. Treasury.

Investors sued the government over the change in terms. A judge recently dismissed one of the most prominent cases, but others haven’t been decided yet.