Modern Monetary Theory Fits the Fed, Government Like a Glove 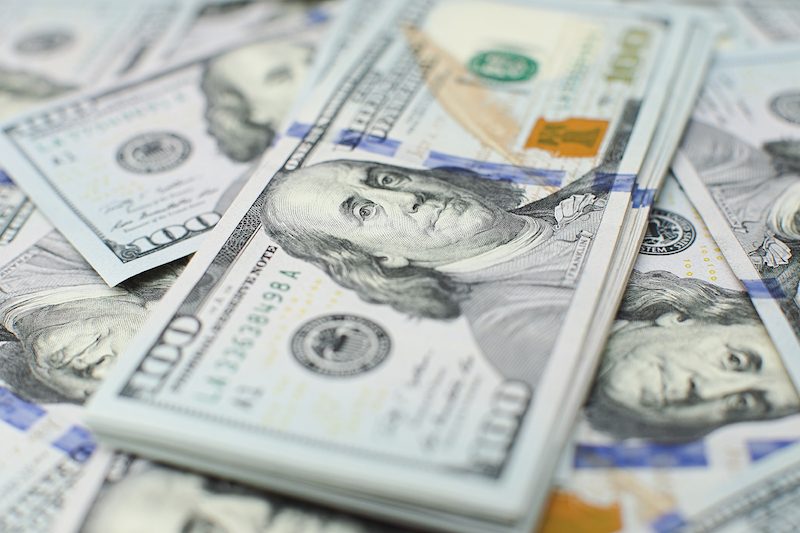 Over the past 887 episodes of Jason Hartman’s “Creating Wealth” podcast show, the real estate investing expert has discussed a number of economic theories—Keynesian, for one, plus other such schools of thought as the Austrian school and the Chicago school. This past week, to mark the 888th episode of his podcast, Hartman discusses one that may be new to you as a follower of his show: The Modern Monetary Theory.

Hartman’s featured guest for the episode is Mike Norman, an economist who’s a proponent of the Modern Monetary Theory (MMT). It’s a theory that places a good deal of belief and trust in the government and the central banking system, the sort of talk that’s rare on the “Creating Wealth” show, where a number of guests have often derided both of those institutions.

Norman, a former radio show host and a contributor for about 10 years to Fox News, believes that the United States boasts an unlimited supply of capital. He says that balancing the budget or the United States functioning as a fixed monetary system would accomplish the opposite of what is needed to create economic growth.

During the podcast, he also shares several examples of common misconceptions that people have of the U.S. monetary system and the nation’s economy.

Norman Explains the Modern Monetary Theory, Which Is More of a School

“I wouldn’t even classify it as a theory—it is a school of economic thought and really a description of how our modern financial system and the monetary system operate,” Norman tells Hartman in the podcast.

Modern Monetary Theory, he says, is not just applicable to the U.S. monetary system, but most of the industrialized world.

“What it explains is that the governments, the states, the authorities, which are the governments, are the creators of money. The money is not linked to anything. There’s no gold standard. There’s no fixed-exchange regime to some other currency, so basically governments are the issuers of money and the non-government, which is us, the public, we are the takers of that money.”

Under an Modern Monetary Theory system, the government also would not be constrained in its capacity to issue money.

What imparts value to such money issued by the government, you might ask? The answer: Taxation.

“MMT explains that when governments levy taxes in any form, they only accept their currency, their money, for settlement of tax liabilities,” Norman says.

“You could look at a dollar bill and it says right on there, ‘for the payment of all debts public and private.’ It’s really the word ‘public’ in that statement that’s important, because everybody knows if you have a debt to the government, let’s say you owe taxes, you have to pay that. If you don’t pay that, bad things can happen to you.

Asked by Hartman to explain further how taxes create a demand for money, Norman replies:

“So, what happens, then, is the demand, there may be some in this society who don’t have tax liabilities, but the fact that most of us do in one form or another, it creates a demand for the money—the money is ubiquitous, it is used for transaction. And everybody holds a certain amount of it, and that is basically how the system functions. So, yeah, that’s the way that taxation imparts value into the money.”

Norman says he knows a lot of people who are critical of the type of system he espouses.

“Under a (gold) system like this, which we have had various times throughout history, and basically which has never held up over long periods of time, because of the finite nature, you get people who are powerful, connected, influential who tend to be able to accumulate larger amounts of the money.”

“Under a system of fiat money or money that’s issued by government decree, as ours is now under the Federal Reserve, the government has the ability to make national investments and “spend in the public purpose to the degree that it wants,” Norman says.

“If you think about some of the great things about our country, take the interstate highway system that was created under President Eisenhower, for example, that was financed through deficit spending. And that created real wealth. I mean, the roads and the highways of the nation—everything that you have, everything that everyone has came to them in one form or another over a highway or a road.”

“That’s real wealth, that’s real capital that brings us the goods and services that we need to consume and use in our everyday lives which define our level of standard of living.” 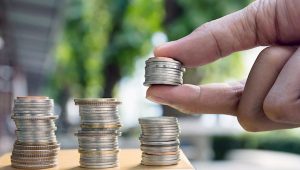 What happened under the old system of the gold standard was that the government needed gold to back the issuance of money, and it did not have that gold.

“What we saw during the period of the 19th century was, with such regularity, rolling depressions and recessions almost like clockwork every 10 years,” Norman says.

Hartman tells Norman that the Modern Monetary Theory seems to be “a good argument for big government and more government intervention” in the economy. “Why isn’t Bernie Sanders out there talking about MMT?” Hartman asks. “It seems like it would support his position more than it would like, the Reagan position, for example.”

Norman says Bernie Sanders “was quite close to the MMT line.”

“As a matter of fact, his chief economist who I know, a lady by name of Stephanie Kelton, she’s a professor at the University of Missouri-Kansas City and that’s like a hotbed of MMT teaching and thought. She was his chief economist. Bernie only went so far with the MMT proposals and ideas, but, yeah, he went off course.”

Later in the podcast, Norman addresses a couple of misconceptions he hears when people discuss their thoughts on the economy with him.

“One thing we hear all the time, ‘China’s financing us’ and this and that, and ‘Japan, they hold all our debt.’ You gotta understand what comes first, the chicken or the egg. You can only buy a treasury (note) with dollars. The dollars have to exist first before anyone can buy a treasury.

“The fact of the matter is, China is not financing the U.S. by buying treasuries. We are literally financing China by buying their goods, which causes them to earn dollars and then they take those dollars and just shift them over to an account called a treasury. The dollars have to exist first.”

And, he asks, how do the dollars exist?

“The government spends the dollars into existence through its spending activity.”

“When the government spends, it literally creates the dollars in the system, or those are the dollars that are used to buy treasuries. It’s not like, ‘Hey, what if nobody bought our treasuries?’ That could never happen because the dollars exist before the treasuries can ever be created and sold. So, somebody’s going to buy the treasuries, because it pays an interest rate, right?”

Another misconception that Norman says he hears from people is when they say, “Well it’s my tax dollars that are paying for everything, like Social Security, it’s my taxes.”

Your taxes aren’t paying for everything, he says.

“You gotta fill the pool before you drain it, I get it,” Hartman says. He then asks Norman: “Why don’t we just raise taxes more and spend more money into the economy and everything will be better?”

“This belief system goes back to the days when we were on a gold standard or a fixed-exchange regime, where our money is fixed to some other currency at some rate of exchange, and we need to have that currency all of the time in sort of backing our own money.

“Under those conditions, which have existed for a long time over history, all of the things that we fear, like going bankrupt and insolvency and not having enough money, all of those things could happen.

“Your view of the future sounds pretty optimistic, I’m thinking,” Hartman tells Norman. “You believe in the system we have, and it seems to be serving us well, right?”

“I would love to see policy move toward or embrace MMT. We’re not there; I think in spite of all of our efforts in the MMT community over the years, we still have a long way to go to get it into higher-policy circles.”

From an economic or monetary standpoint, he adds, “We’re moving slowly in the right direction, but it’s agonizingly slow.”

“From a geopolitical standpoint,” he says, “and we could have a whole another show on this, but I’m very concerned, because you know, the wars, the Russia-phobia, which I think is just insanity and dangerous.

“But from an economic point of view, I’m frustrated, to be honest, because these are not hard concepts to grasp. And I thought after the crash (of 2007 to 2009), we would start to see more of this infiltrate into the policy level, But it’s been a tough slog. I do everything every day to get these concepts and these ideas out there, and I’m not going to stop.

“I appreciate you having me on your show to talk about it.”