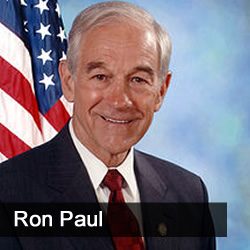 Ron Paul was most recently a Republican candidate for President in 2008 and 2012, and served in the US House of Representatives for Texas for more than 25 years in all. He is a critic of policies like the USA Patriot Act and has criticized the federal governments fiscal policies a multitude of times. He’s also outspoken against Federal Reserve, and the US tax code.