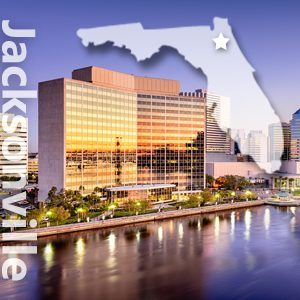 On today’s show, we listen in on a live speech from the 2019 Meet the Master’s event. A Jacksonville local market specialist discusses why he got into the Florida market and gives listeners an insight into new construction projects and short-term rentals in the area.

Announcer 0:16
Welcome to the creating wealth show with Jason Hartman. You’re about to learn a new slant on investing some exciting techniques and fresh new approaches to the world’s most historically proven asset class that will enable you to create more wealth and freedom than you ever thought possible. Jason is a genuine self made multi millionaire who’s actually been there and done it. He’s a successful investor, lender, developer and entrepreneur who’s owned properties in 11 states had hundreds of tenants and been involved in thousands of real estate transactions. This program will help you follow in Jason’s footsteps on the road to your financial independence day. You really can do it. And now here’s your host, Jason Hartman with the complete solution for real estate investors.

Jason Hartman 1:06
Welcome to Episode 1243 1243. Thanks for joining us today. Today, we will do something that we haven’t done in a while. And I’ve been asking our producer to get more of these on the show. What are these? Well, they are clips from our live events. And so we will play a clip from our meet the masters of income property event A few months ago, and it will be a local market specialist clip. This is a market profile, but it’s live. So I hope you enjoy it. We will have that for you in a moment. And I want to say thanks to all of you who have expressed interest in our upcoming launch of the empowered investor community. We are very excited about this. We think this will be one of the best things we’ve ever done. So it’s super exciting. And we wanted to ask you one of the things we want to do in the empowered investor community among other things is we want to help You collect rent from tenants who owe you money. And I want to ask, just put a request out to all of you listeners, if you have any referrals for collection agencies, collection attorneys, investigators, whatever, anybody who can help collect debts, we want to pass those on to our listeners and members and just share information. So please go to Jason Hartman comm slash ask. I have people that owe me money, I got way too much money owed to me out there. And I want to collect too, and have used various collection methods over the years with varying degrees of success. And so anyway, just want more input on this topic. If you have any referrals, or just suggestions in general, maybe not a referral, but maybe something that’s worked for you. We’d love to hear from you. Jason Hartman comm slash ask. Also, our upcoming Cruise is approaching quickly. So go to Jason Hartman doc COMM slash cruise, we’ve got a great itinerary lined up for that. And we hope to see you there. Remember, this is open to non members. If you’re not a member of the venture Alliance, you can still come as a guest to that cruise and we will be opening up membership for the venture Alliance here in the near future. We do that about 45 days before our profits and paradise event. And we will be announcing dates for that very soon as well. Jason hartman.com slash ask with any questions or comments, but also specifically focused on collections. If you have anything for that we’d love to hear from you about anything though, at Jason Hartman comm slash ask and let’s jump in to our live presentation today.

Specialist 23:53
Yeah, so the question was, do we cap the amount of rentals compared to owner occupied? The answer is yes. So one of the ways We find a lot of our properties like Pritchard point which I know a few of you have properties under contract, then we bought out the remaining lots that were already there from one of the big builders because they must add to and they moved on to the next big project. So what we did is we bought into an existing area that was already up and going, the majority of those were already owner occupied. And then out of the, let’s say, 20, something lots that we bought. My building partner has a retail arm. I don’t want anything to do with it. He invited me and I said I don’t want to work with retail buyers. I like investors. So he sells a certain percentage of those to retail buyers. So everything that we’re doing, whether it’s Pritchard point, or Ocala, those are there’s a division of it. And we go into areas like Ocala, for example, at 1% when we went and checked it out in 2015 81% of all properties were on rock, which meant there was plenty of room to grow and also the 19% that were left for rental real crap. So new construction, you know, was a nice place to be in. So yes, we do do that because we buy an existing areas where there’s a large amount of on a rock.

Specialist 25:11
Yeah, so those ones that I showed you right there and volando Beach, those are new builds, they’ll be done in six months. I have done some new builds like Gary and forget who else bought the short term rentals there. So yes, we do new construction, short term rentals, those come with the same warranty

Specialist 25:36
Well, if you’re returning 10% on a short term rental in the area that normally if you just bought it and rented it, you’d be in negative cash flow position. Does that make sense?

Jason Hartman 25:48
That short term rental thing allows you to buy property that you wouldn’t otherwise be able to make sense of, right? So you know, it’s just a different business.

Specialist 25:55
He has a question. We gotta go. So one more here. Yeah, just Quick question. So you mentioned 15 to 20%. Down on your properties, how I understand most lenders land on 20% down, is there something I’m missing with that? Well, we have local person for our short term rentals, they like short term rentals. So they’ll do 15%. And then you can talk to some of the other brokers most do want 20% but there are some that go to 15%. So it depends on the property. I know for our short term rentals, which again, we only do a few, but we have a 15% down lender, that’s local.

Jason Hartman 26:32
Okay, and Stefan had a question, Carrie. And then drew, are you ready? Were you go Drew.

Specialist 26:38
Just real quick question about Oh, Carla, can you just give a highlight of the industry and the type of jobs that attendance have over there?

Specialist 26:48
Sure. Real quick on Ocala. So Ocala just west of Jacksonville. Honestly, when I went out there in 2015, I thought it was 10,000 person market. I just didn’t know anything about it. I never paid attention to Marion County where it’s In the middle of is over 400,000 people to the north of Maine. Ocala is Gainesville, University of Florida many medical centers to the south by about 12 miles is the villages. Has anyone ever heard of the villages? Yeah, I think it’s the second largest retirement community and growing in the US. It’s like Disney World for young retirees. So we’re set right in the middle of that and in Ocala, besides being the equestrian center of the world where there’s all the schools and all that and john Travolta’s farm, there’s also the shipping logistics. FedEx just set up a $200 million plant there for for their shipping logistics. There’s a small infrastructure of name business and then those two outfielders right there. The again 81% of the homes when we went there were owner occupied, the remaining rental property there was really crappy, so it puts us in a great position again, I think David and Gina is the perfect example two duplexes closing this week, three of the four units rented already pre least $50 higher than what we had even estimated. So It’s actually been the surprise runner for market.

Specialist 28:05
So if you guys want to talk to us, we’re here all week, all weekend, my son’s here getting to learn and soak up the knowledge which I’m super excited about. love to work with you guys talk with you guys. Again, either way, whether it’s me or another person, just get an educated understanding and take action because it’s done way more good for me to take action than not do so appreciate the time. Thank you for having me.

Jason Hartman 28:31
Thank you so much for listening. Please be sure to subscribe so that you don’t miss

Jason Hartman 28:36
Be sure to check out the show’s specific website and our general website heart and Mediacom for appropriate disclaimers and Terms of Service. Remember that guest opinions are their own. And if you require specific legal or tax advice, or advice and any other specialized area, please consult an appropriate professional and we also very much appreciate you doing the show, please go to iTunes or Stitcher Radio or whatever platform you’re using and write a review for the show we would very much appreciate that. And be sure to make it official and subscribe so you do not miss any episodes. We look forward to seeing you on the next episode.