Maybe Obama Wanted Sequestration After All 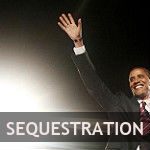 Episode #322 of The Creating Wealth Show features, Frank Vernuccio, Editor-in-Chief of the New York Analysis of Policy & Government. He also co-hosts the radio program, “The Allison Report.” Host, Jason Hartman, kicks off the show with a short discussion regarding the effect large private equity companies like Blackstone are having in the real estate market. Then it’s on to the special guest to talk about sequestration, furloughs, fiscal cliffs, and other economic topics of interest.

The New York Analysis of Policy & Government provides practical reviews of key issues facing the United States on the federal, state and local levels. Vernuccio co-hosts the “And Nothing But the Truth” radio show on WVOX in Westchester, NY with Larry Allison. He has extensive experience as a legislative writer, columnist, and policy analyst, with a background in both Republican and Democrat administrations..

(The discussion below took place several years ago. While the concepts are timeless, there’s a good chance that the real estate market has changed considerably. Please don’t base real estate purchases on information contained herein. For up-to-the-minute income property recommendations, visit www.JasonHartman.com)

Is Blackstone Big Enough to Move the Market?

The Blackstone Group is a multinational private equity group that, among other things, invests heavily in real estate. A recent article posed the idea that maybe Blackstone has been buying so much property that it has become the market.

As with most questions like this, there’s probably some truth in it but not as much as the author might want to believe. There’s no doubt that Blackstone is big and the millions they throw into buying entire housing developments likely has some influence in the market.

What the article neglects to mention (perhaps the author doesn’t understand the concept) is that there is no such thing as a national housing market. The real estate industry in the United States is made up of a few hundred separate local markets that tend to rise and fall with their own rhythm. This is why, at a particular moment in time, it is a good idea to buy in Indianapolis but not Austin. The bottom line is that income property investors shouldn’t worry about the Blackstones’ of the world; they will always be around. It’s our belief that an educated, motivated individual can outmaneuver the monolithic corporations any day of the week.

The State of Journalism

Jason opens his talk with Vernuccio on the topic of journalism, specifically the rise of opinion journalism, which seems to have supplanted objective journalism in the past few decades. The increase of opinion news seems to roughly coincide (to the surprise of none) with the penetration of the Internet into American homes.

Vernuccio points out that media outlets don’t even pretend to be unbiased any more. In fact, a recent study found that the left-leaning MSNBC broadcasts 85% opinion on any given day. Walter Cronkite would be spinning in his grave. The term Vernuccio applied to it comes from our own history – Yellow Journalism. Yellow Journalism has been historically used to refer to a news source that rarely releases objective, well-researched stories but instead relies on shocking headlines to reel readers in.

Let’s have a quick review of the concept of sequestration. In politics it refers to a future date in which strict across-the-board budget cuts will be implemented unless Congress and the President can come to an agreement. The theory is that neither side wants a sequestration to kick in and will move mountains to avoid it.

But what if one side wants sequestration?

According to Vernuccio, President Obama wouldn’t mind at all if the country were forced into sequestration. As a mealy-mouthed Commander-in-Chief who seems to hate the military, it’s not beyond the realm of possibility that he wanted sequestration because it would cut deeply into the military budget.

Vernuccio points to the sequestration rules as proof; the Department of Defense uses 17% of the overall budget but would be hit with 50% of the cuts if sequestration kicked in. In the opinion of some, that’s a gutting. In an era when world peace seems especially problematic, making it more difficult for the men and women protecting our nation to do their jobs seems unwise at best, perhaps idiotic.

Going hand-in-hand with sequestration is the concept of furloughing federal government workers. This means that they are laid-off (or work a reduced schedule) without pay until the politicians can come to a budgetary agreement. While there’s no doubt the federal workforce has become bloated and redundant, but is crippling our preparedness the way to go?

Watch Out for the Dragon and the Bear

Just as Mr. Obama seems dead set on partially eviscerating the U.S. military, we see both Russia and China putting the pedal to the metal to strengthen their own fighting forces. While the performance gap between the American military and the rest of the world used to be monumental, that might not be the case any more. Vernuccio believes that Russia and China boast a military every bit as deadly as our own.

Jason posed the idea that perhaps our technology advantage would allow us to maintain superiority as we learned to kill more efficiently even in the face of massive budget cuts. Vernuccio agreed there could be some truth to the idea but it was hard to imagine our military might thriving on cutting edge technology when some pilots are flying the same aircraft as their grandfather did in World War II, namely the B-52.