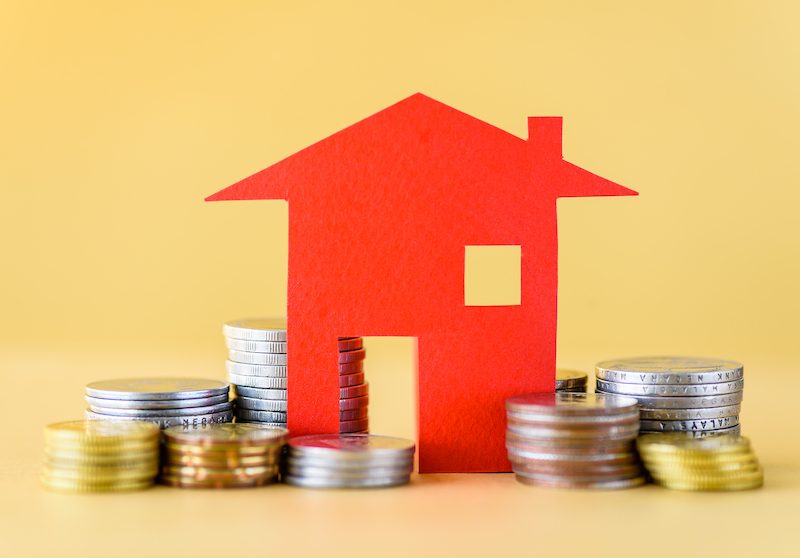 Jason Hartman, along with Naresh joining out of Tampa, Florida, discuss several of the different mortgage types (including wrap around mortgages), how they work, and how they impact the investor.

Hartman has been a long-term fan of long-term fixed rate mortgages and the buy and hold investment strategy. He informs listeners about the options they have in financing and encourage understanding of the way these options work. He and Naresh discuss the adjustable-rate mortgage and wrap around mortgages, gave examples, and broke down the processes into numerical examples.

Hartman and Naresh outline the ABCs of real estate investing by choosing random terms from a real estate glossary and discussing them. Under the letter A, Naresh chooses the term “adjustable-rate mortgage”. Though the term may seem simple at a glance, Hartman assures that the process is not a simple one.

Hartman states that he prefers a long-term, fixed rate debt for thirty years, even though it’s a long period of time to stick to a loan. There are benefits to this type of loan, however. It’s very possible that inflation will occur sometime during that thirty years, which could result in inflation-induced debt destruction. Even if there was not any inflation for a good deal of time, you’d still have the yield from the investment.

With an adjustable-rate mortgage loan, there are several important elements to consider: the start rate/teaser rate, the index, the margin, and the annual cap, which include three different types.

With the start rate, it’s usually artificially low at the beginning of the loan. It climbs over time, a common practice with adjustable-rate loans. There were a lot of issues with this during the economic recession. Because of the low start rate, there has to be an increase in rate so that the lender can receive their yield from the loan. The lenders tie these rates to an index, such as the LIBOR (London Inter Bank Offer Rate) which has met with manipulation scandals recently, or the Cost of Funds Index.

With a hard money loan, an adjustable-rate mortgage wouldn’t be a bad idea as a lender. A lender would be able to tie the index to an accepted index rate. The index, the second element of adjustable-rate mortgages, are commonly tied to the inflation rate, prime rate, or the Consumer Price Index. Reliable indexes can be found at Bankrate.com or in the Wall Street Journal. These are the published, trustworthy rates that have not been manipulated like the LIBOR rate has been recently.

The third element of adjustable-rate mortgage loans is the margin. When you’ve got a fully indexed rate, that rate has to have the margin added to it. It’s a common misconception that the margin represents the lender’s profit from the loan, but that isn’t completely true because the lender is not technically borrowing the loan amount themselves to lend to the investor. The margin is more reliably a way to keep score for the loan’s adjustment.

Hartman illustrates an example of index plus margin by stating that a given index could be at 2.5% and a given margin could be 2.5%. The fully indexed rate would be 5%, being the true interest rate. The adjustable-rate mortgage’s start rate could have been at 3.5% but when it adjusts to the fully indexed rate, it could end up being a higher rate.

This example brings Hartman to the fourth element of adjustable-rate mortgage loans, the annual cap, of which there are three types.

This cap could cover any amount of time, but it is most commonly an annual cap. This cap limits the amount of adjustment the loan could have in a year. It avoids payment shock for the borrower, which is a benefit being that frequent rate changes could lead to financial hardship with significant rate increases.

Naresh asks if it would be a bad decision if he were to take an adjustable-rate mortgage being that it’s likely that the rates are going to increase next year.

Hartman states that this is likely, that he believes that the rates are going to go up, though he admits to making a mistake with an interest-rate prediction in the past.

“Ten years ago, at seminars, I was telling people that rates would be higher, and rates are not higher, they’re lower.” Hartman explains.

Rates are lower because there’s nothing rational in the system. The government and the Federal Reserve has been able to kick the proverbial can down the road, export inflation to other countries, and it goes unchecked because the US has the reserve currency. For some time, there has been nothing logical about the interest rates and Hartman states that he’s hoping for higher rates. 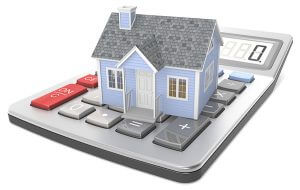 The decision regarding adjustable-rate mortgages is a difficult one to make, because it’s almost always a gamble. It could go wrong and a borrower could be caught in a situation where selling at a decent time isn’t applicable.

Still, he almost always recommends a low fixed rate mortgage loan. Naresh mentions that it’s common sense with the rates being this low at the time being, at very close to zero percent at the time of the podcast.

Though there are other professionals that recommend adjustable-rate mortgages, Hartman prefers to know what his costs are up front.

Naresh asks Hartman about the negative interest rates he’s been hearing about, and Hartman explains that there are two places in the world that are experiencing this. Germany is one of them, with people paying the banks to store their money. Negative interest rates almost never happen, but they are occurring in this sense.

Japan, in the last two decades, has not been able to grow its economy. The country’s issue cannot be solved with policy, though, it is a demographic problem. The Japanese are not having enough children. It needs to happen, or the Japanese need to allow immigration to grow their economy.

Returning to the topic of the annual cap, Hartman poses a question to listeners. What happens if there’s an annual cap of 1%?

In the previous example, Hartman mentioned a 2.5% index and a 2.5% margin. If the start rate on that loan was 3% with an annual payment cap of 1%, it means that the payment on the loan starts at 3% and can’t go up more than 4% in the payment amount. If the fully indexed rate is 5%, this is negative amortization.

Negative amortization is frowned upon, and Hartman states that it may have been outlawed by the Dodd Frank bill, though there may still be an availability for investors.

The way it works, the extra 1% that you’re not paying each month negatively amortizes, tacks onto the loan balance, and it increases over time.

With an interest rate cap, not a payment cap, the rate can start at 3%, and if the fully indexed rate is supposed to be at 5%, the interest rate cap can only go up 1%. If it started at 3%, it can become 4%, and it’s fully amortizing. This kills the mortgage by paying principle and interest every month. With interest rate caps, never negatively amortize.

AITD or Wrap Around Mortgage

Naresh chooses another A out of the glossary, the AITD. AITD is an All-Inclusive Trust Deed, or wrap around mortgage. Before explaining in detail, Hartman mentions that there is a significant risk with this sort of mortgage. The lender could call the loan due, legally invoking the due on sale clause.

Hartman explains this loan by giving an example. In this example, Naresh wants to buy a property. He has several choices when it comes to payment. He could pay cash for the property, get a loan from a lender, or he could ask the seller what sort of financing the property already has on it. He could offer to take over the current loan, if the property is a residential one, the due on sale clause has been held up by the Supreme Court. The lender most likely will not allow the taking over of this loan.

Many investors choose a wrap around mortgage in this case. Hartman explains the way this works by giving another example. In his example, there is a property worth $100,000 and the existing loan on the property is $80,000. Without telling the lender, the investor could play a dangerous game with his payments. The buyer in this example, Naresh, has $5,000 to put down on the property and tells the seller that he wants to try a wrap around mortgage.

He states that he and the seller will create a new mortgage for $95,000 with Naresh placing $5,000 down. The seller will carry a second trust deed, or a second mortgage as it’s called in some states.

People desire this sort of loan sometimes, but there’s a risk of the seller not making the payments on the underlying loan that was included. The seller could very well collect money from Naresh in this situation, but neglect to pay the $80,000 loan if they don’t care about the damage to their credit report.

Some people took this route during the past eight years, and at times it worked in their favor, though Hartman mentions that he is not a tax advisor or attorney, so he is not giving advice on this particular situation. He is only illustrating the complexities of adjustable-rate mortgage loans, and explaining to listeners how and why these loans are often difficult to understand completely.