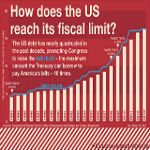 Sometimes it’s obvious that a guest knows a lot about a certain thing. So it is with Karl Denninger and economics. Jason Hartman’s guest on episode #339 of The Creating Wealth Show is the aforementioned Mr. Denninger. The man is a technology expert and businessman, finance blogger, political activist, and sometimes referred to as the founder of the Tea Party movement.

Denninger is a founding contributor to the libertarian-oriented finance blog, The Market Ticker. He uses his blog to levy harsh criticism of the criminal element wrecking the global financial system. In the aftermath of the March 2008 collapse of Bear Stearns, he founded the website Fed Up USA. He gained national attention for criticisms of the Emergency Economic Stabilization Act of 2008.

Of special concern to Denninger was the over-the-counter trading of credit default swaps, as well as the high leverage of financial institutions. His objections to the bailout plan stemmed from the fact that it did not address either of these issues. He has also spoken out against high-frequency trading, particularly in the aftermath of the 2010 Flash Crash.

On the day of President Obama’s first inauguration, Denninger published a blog post calling on readers to mail tea bags to the White House and Congress on February 1, echoing a suggestion by a commenter on one of his earlier blog posts. He now expresses concern for the Tea Party’s future, worried that establishment Republicans have hijacked and perverted the original goals.

Jason’s first question to Karl Denninger targets what his biggest market concerns today are? Denninger doesn’t hesitate to say that emerging markets are not through doing damage to the world economy. India’s economy is collapsing, and especially important are serious concerns about the stability of the credit market.

Greece has been on the chopping block for some time now, and even though some economists think the bleeding has stopped, Denninger says don’t get all rosey about the situation. The Greek economy is not done crapping on the world.

The obvious question is why aren’t people paying attention? Shouldn’t we be more worried than we are?

Inoculated by the Predictable Fed Response

As Jason has been saying for some time now, out economic chickens have to eventually come home to roost, right? The Fed can’t continue to manufacture money out of thin air forever, can they? Mr. Denninger refers to the current state of affairs as Americans being drunk on federal response to financial calamity. He also calls it a suspension of disbelief when Amazon can sell for $290 per share yet clear only a few cents profit in any given quarter.

It’s All About the Monthly Payment

There’s been a foundational change in the way Americans think about the cost of consumer goods and services. You’ve probably noticed it in your own life. How much does a car cost? Take a jaunt down to your local lot and look at the stickers. Sure, the overall cost will be written on there somewhere, but there’s a high probability you’ll find the monthly payment featured more prominently. Same with phones, cable television, and just about everything else. How much is it per month? The underlying assumption is that you’ll be paying for the thing forever so it doesn’t really matter how much the total price is.

As Denninger points out, corporations and governments never pay off debt; they merely roll it over. Why shouldn’t the average American citizen do the same? The problem is that it’s easy to become overleveraged. When the market shifts, and interest rates go from low to high again, as they inevitably will, it becomes harder to keep up your payments. That’s a recipe for small business failure and personal bankruptcies.

According to Karl Denninger, every major market dislocation in the past 30 years was preceded by a cyclical shift of interest rates from lower to higher. It’s going to happen, but no one knows exactly when. One thing is certain. The more debt you take on, the more it’s going to hurt when the worm turns.

If your strategy is to only pay interest on debt, the carrying cost goes up along with interest rates, and you will no longer be able to maintain financial equilibrium using the same numerical amount of dollars.

A theory Jason has long advanced was met with some resistance by Karl Denninger, that of the so-called paper insolvency. What Jason means by this is that the United States is essentially too big to fail. While we show a gargantuan insolvency on paper, that reality is balanced by factors that go beyond measurable economics. For one, we have the world’s mightiest military, economy, and our currency is the global reserve.

Jason’s thinking goes that, for these reasons alone, the rest of the world will never risk letting the American economy shudder to a halt.

Denninger goes along with this thinking, but only up to a point. He doesn’t believe that our politicians can kick the can down the road forever. In his words: “What we have is a confidence game. Everything is okay as long as confidence is maintained. But we’re whittling around the edges, squeezing from the bottom. Eventually the rich will quit working and go on permanent vacation when they only get to keep ten cents of every dollar they make.”

Can we kick the can along another two years? Jason reminds us that politicians are quite good at pandering, giving away free stuff to keep the population from uprising. The Romans called it bread and circuses. For Americans, it might be fast food and television.

Karl Denninger wants to remind us that the laws of economics have been immutable in the past and he won’t be the one to bet against them now. Keep up with Denninger’s predictions as they play out at www.Market-Ticker.org .