Jim Rogers: Is the Gold Market Headed for Collapse? 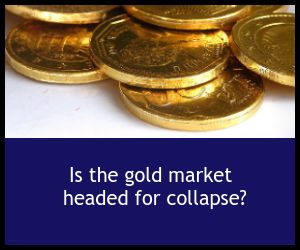 Jason Hartman talks to renowned investor, businessman, and author, Jim Rogers, on episode #307 of The Creating Wealth Show. They discuss the gold market, the future of Fannie Mae and Freddie Mac, and whether we have inflation or deflation to look forward to in the coming years. Before bringing Jim into the conversation, Jason dips into how his income property investment strategy stands up under a SWOT analysis.

For those not familiar with the concept, Strengths, Weaknesses, Opportunities, and Threats (SWOT) is a way to assess the viability of anything ranging from your career to the stability of a relationship to your health and more. As an educational tool, Jason decides to apply the matrix to his real estate strategy.

Strength analysis comes from an internal, positive perspective. Factors that fall in this area include cash flow, fragmented markets that keep out the big players, appreciation, and immunity to disruptive technology. All these positive attributes emerge inherently from the nature of the investing strategy.

Now we take a look at what is inherently wrong with Jason’s income property approach. Thankfully (and as testament to the validity of his ideas), there aren’t many detrimental factors to place in this category. The few we should acknowledge are repairs, vacancies, and property management problems. Except in the case of a natural disaster like earthquake or hurricane, overall damage to your cash flow and property portfolio should be relatively minor.

What are the external opportunities created through Jason’s investing style? The two big ones are mortgage induced debt destruction and rent increases. The very nature of taking out a long-term, fixed-rate mortgage on an income property forces your portfolio to thrive during inflationary times. As you may have noticed, we’ve been in a VERY long term inflationary cycle (with only minor dips into deflation) ever since going off the gold standard in the early 1970’s. And when it comes to rent, have you ever known it to decrease? That makes for a couple of solid opportunities.

Now we turn to external threats launched by the outside environment. One weakness that Jason has yet to figure out how to insulate from is a population reduction. This refers to natural out-migration, such as we’ve seen in Detroit in recent years, and not the conspiracy theory driven depopulation methods espoused by Agenda 21 and the like. Fewer people means less demand for housing and could even lead to rents dropping or collapsing.

Generalized price deflation would be another factor unaccounted for by Jason’s income property strategy. His entire concept is built upon the reality of eternal inflation, which, so far, has been a safe bet.

The bottom line is that our SWOT analysis reveals that income property investing contains an abundance of strengths and opportunities, while keeping weaknesses and threats to a manageable level. To those of us here at www.JasonHartman.com, this result comes as no surprise. We’ve been saying this is history’s best investment for a long time.

A New Pitfall for Gold Investors

As a tried and true alternative to the flighty nature of johnny-come-lately paper currency, gold has always enjoyed a special place in investors’ hearts as a solid choice for the buy-and-hold crowd. But has something changed in the gold market? Jim Rogers thinks so and he has some specific thoughts to back up his opinion.

Why has gold gone 12 years without a single major price correction? In a word – speculators. Recent years have seen what used to be a plodding, methodical asset class shoot to the stars. This doesn’t happen unless something fundamental changes in the marketplace. Mr. Rogers believes this new “wow” factor in gold investing has been driven by speculators.

As with stock and currency markets around the world, the new “speculating” investor jumps in and out of the market by the day or even the minute, hoping to scoop up a bunch of small profits that eventually add up to something big. All this frenetic action causes leaps and swoons and the kind of market destabilization that causes long term investors to chew their fingernails.

They’re Going to Have to Kill Fannie Mae, Right?

As the two major government lending agencies associated with the calamitous housing collapse several years back, everyone’s wondering how long Congress will continue to prop up these monuments to failure? Rogers puts in his two cents that Fannie Mae is essentially bankrupt, and it won’t be long before our duly elected representatives decide to phase the thing out because it’s costing so much money.

What would be the fallout? Expect rents to rise if this source of financing dried up, forcing more people out of the home buying market to become renters instead. This is a great example of what happens when the government tries to interfere with the free market.

Jason puts a question to Jim Rogers regarding the insolvent nature of modern government, not only our own here in the US but around the world as well. It appears that, as the largest debtor nation in the history of humanity, we are the worst of a bad lot. As debt mounts, expect recessions to appear more frequently and with more ferocity. The recession in ‘08 was worse than the one in ‘02, and, even though some indicators say the economy has improved, it seems we can’t quite shake the funk. When the next one hits, it could be catastrophic.

Rogers believes the government’s economic philosophy of printing money willy-nilly will result in an inflationary spiral that makes our entire history of inflation pale in comparison. What kind of annual percentage are we looking at? He mentioned the number 20% as a starting point. From there it could get worse. Much worse.

#564 –  The Lowdown on Commodities Investing