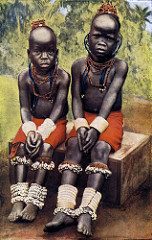 Why do civilizations fail? That’s a big topic and don’t expect to find the ultimate solution within the confines of a single conversation, but Jared Diamond, author of “The World Until Yesterday” and other bestsellers, joins Jason Hartman on episode #340 of The Creating Wealth Show to give it a whirl.

Renowned author, physiologist, evolutionary biologist, and bio geographer, Dr. Jared Diamond, talks with Jason Hartman about his newest book, “The World Until Yesterday. Dr. Diamond’s unique background has shaped his integrated version of human history. He posits that success – and failure – depends upon how well societies adapt to their changing environment

Dr. Diamond is also a medical researcher and professor of physiology at the UCLA School of Medicine. His book, “Guns, Germs and Steel,” won a Pulitzer Prize and, “The Third Chimpanzee,” was a best-selling award winner. Elected to the American Academy of Arts and Sciences, the National Academy of Sciences, and the American Philosophical Society, Professor Diamond is a MacArthur Fellow who has published over 200 articles in Discover, Natural History, Nature, and Geo magazines.

In his books, “Guns, Germs and Steel,” and, “Collapse,” (and the popular PBS and National Geographic documentaries they inspired), big-picture scholar Jared Diamond explores civilizations and why they all seem to fall. In his latest book, “The World Until Yesterday,” Diamond examines the traditional societies of New Guinea — and discovers that modern civilization is only our latest solution to survival.

But First – Behold the Self-Directed IRA

Before his chat with Dr. Diamond, Jason and frequent co-host, Steve, discussed the pros and cons of investing in a self-directed individual retirement account (IRA). The two had recently returned from an event hosted by Equity Trust, the largest self-directed IRA company in the nation, with $13 billion on their accounts. In case you were wondering, Jason is a big fan of self-directed IRAs. The primary reason is in the title. When you direct your own investments, there is a lesser likelihood the government will be able to sneak its greedy little paws into your pocket.

Don’t think it could happen? That the concept is too over-the-top? Ask the people of Greece or Cyprus if it seems fantastical. In the latter, depositors went to sleep one Friday night  comfortable that all the safeguards of a modern society kept their nest egg safe in the bank. Come Monday morning the government decreed withdrawals would be limited in order to try and stall the pending economic implosion.

Jason predicts there is about to be exponential growth in the self-directed IRA market. And it is a huge potential market indeed. A total of $60 billion currently takes the form of self-directed investments, and that’s only 2% of the IRA money in America!

The World Until Yesterday

The first point Dr. Diamond makes is that every generation makes the same mistake in believing its experience on the planet is unique. Nothing could be further from the truth. Traditional societies going back thousands of years faced the same dangers and problems that we do in modern America. Though the bells and whistles and accoutrements that define a society look different – we have iphones and they had cave wall drawings – the human experience has been the same for a very long time. A very, VERY long time.

It was about 10,000 years ago, with the development of agriculture, that nomadic tribes were able to settle down in one spot and raise enough food that that didn’t have to be in perpetual motion looking for their next meal. Thus began the growth of populations.

According to Diamond, something as simple as how traditional societies used to carry their babies made a big difference in a child’s ultimate development. It used to be that children were carried upright and facing forward, allowing them to share the same field of view as a caregiver. You don’t see that much anymore, especially in modern America, where a kid spends a heck of a lot of time strapped into a baby carriage in the back seat of a car, facing backwards. Additionally, Diamond notes that there was no spanking or hitting children in traditional societies.

In a traditional society, children were allowed to make their own decisions at a younger age. Jared Diamond is of the opinion that our modern society has become a hotbed of micromanaging parents, who, in their zeal to be the most amazing parents ever, end up stunting a child’s emotional development and overall maturity.

Guess what? Traditional societies had almost no incidence of non-communicable diseases like diabetes, heart disease, cancer, stroke, arthritis, etc. The list goes on. These are lifestyle diseases and almost entirely a product of a lifestyle that has changed drastically. Traditional societies didn’t have sugar, salt, and an assortment of chemicals and preservatives thoughtfully polluting their food, thanks to Big Food. And without iphones, laptops, and desktops, most people had to go outside to earn a living. In short, they got adequate exercise and weren’t at much risk for all the sedentary side effects modern life entails. How does your spine feel about sitting in an office chair eight hours a day?

How Much Longer Will Our Resources Last?

The demise of our resources has been a longstanding clarion call warning against overpopulation. What does Jared Diamond think about it? In his book, “Collapse,” the good doctor pays particular attention to our use and abuse of resources. Since the 1970s, when things seemed especially grim in America, the majority of citizens have had enough to eat. But when you take the world as a whole, nearly half the population exists on a marginal or sub-marginal diet and doesn’t get an adequate number of calories.

Why Do Foreigners Invest in the United States?