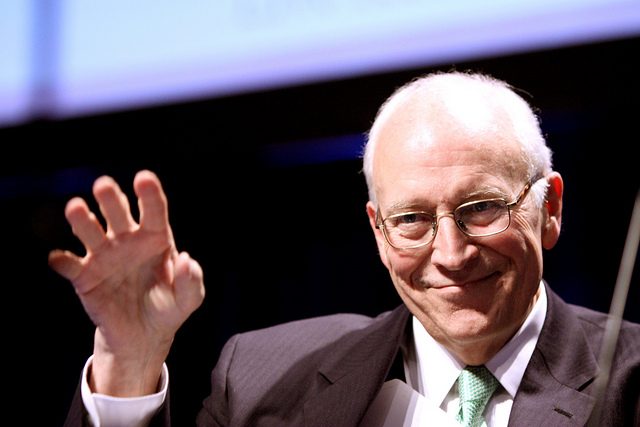 Fox News chief Washington correspondent and author of Cheney: One on One, a Candid Conversation with America’s Most Controversial Statesman, James Rosen, joins Jason Hartman in episode 643. Rosen provides insight to Cheney that many have never before seen.

Selling without a 1031 Exchange

Before introducing his guest, Jason answers a question about doing a 1031 exchange without having to pay the capital gains tax. Jason suggested selling a property that hasn’t appreciated and that doesn’t have any appreciation recapture so there is no capital gains. There is no way that Jason knows of to sell a property that either has appreciated or has what’s called depreciation recapture, meaning that you took this tax write off for depreciation on the property for a number of years or maybe just one year. When you sell that property, if it didn’t depreciate in real life that is a tax liability to you so the beauty of the 1031 tax deferred exchange is that you can have all that appreciation and the most beautiful because income property is the most tax favored asset in America, all that beautiful depreciation benefit that you’ve taken and you can roll it right into the next property or set of properties. The next multiple set of properties that you buy through the 1031 tax deferred exchange, so it’s a beautiful thing. So there are some things you can do like charitable remainder trusts like if you basically want to donate to charity through a charitable remainder trust.

Rosen interviewed the former vice-president for 10 hours across three days this past December in the Cheney’s study at his home in northern Virginia shortly before he was to turn 74 years of age. Rosen added that  Cheney opened up in ways the public may have never heard before. Rosen discussed what’s true about Cheney and what isn’t, specifically the idea that Cheney served as the CEO of Halliburton Energy Company in between the two Bush administrations. Somehow he formed his decision making up and around the Iraq War has been fairly thoroughly debunked even by the most hostile biographer to Dick Cheney. There was a prosecutorial book about him published some years ago called Anger by a very well-respected Washington journalist Barton Gellman and even Gellman came to the conclusion that never were Cheney’s decisions apparently influenced by any desire to line his own pockets, that in fact Cheney forwent millions in stock options to assume the vice presidency. Cheney has been subjected to a lot of misidentification and a lot of vilification. Rosen said part of his aim in writing Cheney One on One was for the realm of caricature, the realm of Darth Vader because he’s too important for that.

I think the notion of connecting Halliburton to the Iraq War to the Cheney vice presidency has been fairly thoroughly discredited even by historians and journalists who are largely unsympathetic to Dick Cheney. Rosen did discuss with the former vice president the Iraq War in its various stages; the planning state, the execution stage, the reconstruction stage, each of which stage the former vice president was very candid. He acknowledged mistakes that he and George W. Bush made. Dick Cheney, ten years earlier when he was defense secretary serving alongside Colin Powell, who was then chairman of the Joint Chiefs of Staff, both serving under the first President Bush, helped lead the nation to victory in the Gulf War. Ten years later policymakers operated in the run up to the Iraq War on the basis of certain assumptions inherited from the conflict on how Hussein would likely behave. They assumed he would torch the oil fields, he would attack US troops with chemical weapons and as Cheney puts it in Cheney One on One, there’s no question about it. There’s things they anticipated that didn’t materialize and there were things they failed to anticipate that did materialize but he still remains steadfast in believing that overthrowing Sadam Hussein has made the world a better place and Iraq, even with the myriad of problems they face today, is a better place for exhibiting the signs as it does of a flourishing democracy.

Cheney was born in Lincoln, Nebraska but raised in Casper, Wyoming. The book also covers Cheney’s spiritual journey. He spoke about his Sunday experiences at the Methodist church in Casper, where he was raised, his own denominational migration over the years, and his innermost beliefs about faith.  Cheney is a survivor of five heart attacks and a heart transplant.

Rosen said in Cheney One on One readers will read Cheney’s  narration of his day on 9/11, his singular experience, almost in a minute by minute fashion. Only one American had to thrust on his shoulders the responsibility while Bush was hopscotching about the country on Air Force One looking for a secure place to land, of running the federal government during those crisis hours in the early aftermath of the Twin Towers falling. Some were bunkered below the White House. It was Dick Cheney who was doing that and what kicked in for Dick Cheney, first of all he talks about how Secret Service agents bust into his office as vice president, literally physically take him out of his chair and drag him out of his office down to this bunker, the presidential emergency operations center below the White House and he’d seen weapons get passed around. He said the entire staff was stunned. The communication facilities in that bunker were not up to 21st century, they were getting reports of bombs going off in the state department and six planes not being fully being involved in the attacks and what kicked in for Dick Cheney, thrust with these responsibilities on his shoulders in the president’s absence, with the classified training sessions he had taken back in the 1980s when he contemplated that the United States might face an all-out nuclear exchange with the Soviet Union and the goal of that training was to preserve the continuity of government. What does that mean? It means keeping the government functioning and operating in that kind of all-out crisis. And the first key to that is to preserve the line of succession from the president to the vice president and the house speaker. And the first advice Dick Cheney gave to Bush, and Cheney tells it in these interviews, is that Bush resisted it, didn’t like it, fought it but eventually listened.