Is the Housing Recovery On Shaky Ground? 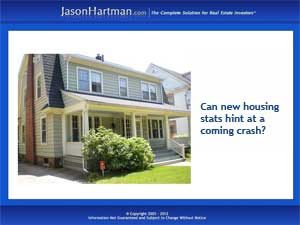 The advent of “Septaper” – the Federal Reserve’s September taper down of its stimulus plan –seems to send a vote of confidence about the long awaited recovery of the housing market. But some market observers and economists worry that the recovery may not be as solid as it seems – and that the Fed’s withdrawal of its intervention could trigger another collapse.

It’s taken a while for housing to make its way back toward normal after the bottom fell out of the market back in 2008. And by many indicators, the picture is improving: new home starts are up, and so are prices for existing homes. But housing doesn’t exist in a vacuum. Those factors are linked to the health of other sectors of the economy as well.

Home purchases boost sales of consumer goods and create jobs. A stronger employment picture, in its turn, makes people more willing to consider buying houses. Along with the low interest rates of the last year or so, these circumstances fueled a rise in both new home starts and existing home purchases.

But according to a recent Reuters report on the recovery, the number of housing purchase contracts fell in July 2013 for the second straight month — numbers which, along with the quick rise in home prices, lead some industry professionals to claim that the housing market is facing not just a slowdown, but also the possibility of another full blown collapse.

Why the gloom? Pessimists blame low interest rates, rising home prices and a continued lack of oversight in mortgage lending – some of the same factors in place before the first collapse. Interest rates have remained at virtually unprecedented low levels for a surprisingly long time, thanks largely to the Fed’s massive stimulus effort. Those rates attracted new homebuyers who wouldn’t have been able to make a purchase at all if rates had been higher.

With more activity in the markets, home prices began to rise, too, in some areas reaching highs not seen for years in the space of a few months. Now, though, interest rates are rising, and they’ll continue to do so as the stimulus plan wanes and natural market forces take over. Those higher rates are already locking some potential buyers out of the purchase process, and experts fear that the combination of higher prices and higher rates could grind the recovery to a halt, because fewer buyers are able to make a purchase.

Add to that the ongoing concerns about accountability in mortgage lending. As lawsuits for bank fraud keep coming against the nation’s big banks, new mortgage lending standards such as the Qualified Mortgage Rule tighten eligibility requirements. That, too, say worried experts, could slow the recovery to a crawl even as it aims to reduce the likelihood of another landslide of defaults.

On the other hand, those who see the recovery glass as half full rather than half empty point to lessons learned and a market that is – at least for now – doing better than it has in a while. Interest rates are still relatively low and homes are available, and for investors listening to Jason Hartman’s investing recommendations, it’s still a pretty good time to start building wealth in real estate. (Top image:Flickr/gorogen)

Jason Hartman i s the complete solution for real estate investing. Read more from our archives:

CW336  “Get Rich, Stay Rich, Pass It On” with Catherine McBreen

7 Quotes to Invest By