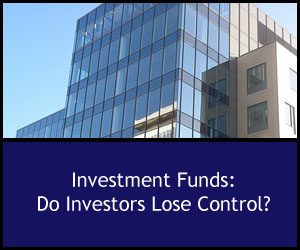 What should investors know about investment funds – before they commit their money? Group investment opportunities lure investors with the promise of big dividends and shared risks – but they can also pose big problems. On a recent episode of The Creating Wealth Show, host Jason Hartman debates the pros and cons of investment funds with a listener interested in joining a fund.

First though, Jason starts the show with an editorial segment commenting on finance related events of the day, including environmental awareness, the Greece debt crisis, and the coming robotics revolution, which threatens to change the world forever.

The World Domination Summit was held recently in Portland, Oregon, and Jason observes that although the conference was dedicated to environmental issues, it – and other similar conferences held around the globe – can be pretty environmentally irresponsible in their own right.

The environmental impact of hosting and traveling to these conferences should be investigated, Jason observes. It’s important to make sure that the rules of environmental protection apply equally to everybody.

Greece is struggling with a crashing, debt-ridden economy. Over half its population under 34 is unemployed, and a majority live with parents. The country is reeling from such massive debt that it may never recover.

But Greece is not alone. Jason cites a long list or countries also facing a debt crisis, or already deep in a crisis. That list includes not just small unstable countries, but a number of world powers – including the Untied States.

Technological Innovation: The Road to A Better Future

The US is on the verge of a crash of its own, fueled by a long list of mandates that it can’t fulfill. But technology could offer a way out – and a way toward a brighter future. There’s a danger in technological innovation, though.

The robotics revolution isn’t just the stuff of science fiction novels. It’s here, and growing incrementally every day. Robots and artificial intelligences, or AI’s, are already an essential part of our work and leisure lives, and as the technology advances to better approximate the human brain, these mechanical workers are on pace to render many jobs obsolete worldwide.

Are we headed toward a world where anything a human can do, an AI can do better? Perhaps not everything, but the list of ways robots can replace humans is not, and growing longer – and that could change the employment landscape permanently.

Creating Wealth Show listener Andrew has a few questions for Jason on a potential real estate deal, and their on-air discussion of his situation creates a framework for exploring the larger topic of investment funds and groups.

Andrew tells Jason that he’s been offered the opportunity to join other investors in an investment group deal involving a couple of apartment complexes. His questions: are deals like this good for investors? And what questions should he ask the principal buyers to make sure that the venture is legitimate?

Ways to fund real estate investments range from direct investing, in which an investor handles all aspects of a property deal themselves, to Wall Street style big investing groups that purport to spread the risk around.

Midrange investment fund deals are somewhere between those two extremes- a group of people join forces to buy and manage properties. They allow investors to acquire properties they might not be able to buy on their own and allow investors to put in a smaller amount of money to secure the deal than they would if acting independently.

Are these kinds of funds a good investing idea? Jason thinks not, for the simple reason that buying properties in this way violates a key investing principle, stated clearly in Commandment #3 of his Ten Commandments of Successful Investing: “Thou shalt keep control.”

Investing in “pooled money funds” of any kind may spread certain risks but it creates others. People all too often enter into investing partnerships without knowing what they’re getting into. What’s more, investors who put their money and investing decisions into the hands of others run the risk of:

Direct investing, where an investor handles everything independently, is the wisest choice. But, as Jason points out, that can keep an investor’s portfolio small and limits access to lucrative deals calling for more capital than a single investor can call on.

If an investment fund deal seems like the best way to get access to certain kinds of property deals, it’s wise to thoroughly investigate the fund’s originators thoroughly and contact other investors who’ve worked with them. It’s important to ask the principals to disclose all ties to third parties such as contractors, and read every word of the documentation thoroughly.

For investors just starting out, it’s wiser to invest directly in single family homes – it’s a good training ground for investors, and provides experience for other kinds of deals.

For Andrew, the listener who sparked the discussion, the deal isn’t done. He promises to take Jason’s advice and investigate further – and report back on a future episode of the Creating Wealth Show. (Featured image:Flickr/gorfor)