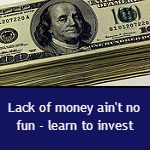 Jason Hartman is joined on episode #305 of The Creating Wealth Show by, Steve, a long time Platinum Properties Investor Network (PPIN) investment counselor. The far-ranging discussion hits on topics like domestic versus international real estate investing and judicial versus non-judicial foreclosures. Along the way, Jason follows interesting conversational detours into a frank discussion of radio talk show host, Dave Ramsey, as well as a quote by Albert Einstein that illustrates the miracle of compounding.

Dave Ramsey Teaches Financial Peace, But at What Cost?

Jason’s theory is that most people get themselves into financial trouble overspending on the appearance of wealth (a concept Ramsey refers to as “stuffitis”) rather than on things that produce actual wealth. Jason and Steve both agree that Mr. Ramsey hits the nail right on the head with his advice that people pay off high interest credit cards and loans first. Where the divergence emerges is in Ramsey’s investment recommendation, which runs to mutual funds, an investment long time Creating Wealth listeners and readers recognize as a vehicle, like the stock market in general, that barely keeps up with inflation.

The Problem with Gold and Silver

The topic of Dave Ramsey (of whom Jason professes himself to be a fan) leads into a short talk about why gold and silver should not be referred to as investments. A quick review. For an asset to qualify as an investment, in Jason’s opinion, it should generate income. Real estate’s ability to do just that in a variety of ways is what makes it the best investment in history. Does gold, silver or other precious metal produce income for the owner? We feel pretty comfortable in saying, no, and it’s not likely ever to do so.

You can’t rent out gold like you can an investment property, which makes it a great way of saving money, but don’t kid yourself into thinking that you’re investing.

Jason loves to travel and he loves real estate. He’s been to dozens of countries, talked to local real estate agents, and toured prospective properties in each and every one. Guess how many properties this globe-trotting income property investor owns outside the United States? If you guessed zero, you would be correct.

Here’s the bottom line. If there were good investment opportunities to be found abroad, Jason Hartman would be first in line to snap them up. He understands the allure and exotic sense of owning property in another country. The problem is that he has yet to find one that doesn’t violate at least a few of his 10 Commandments of Successful Investing. In particular, he can’t seem to locate a single international property that makes financial sense the day you buy it.

Why the US Real Estate Market is the Best

Why is the American system of buying and selling real estate better? First and foremost, it is guided by the rule of law. While not perfect by any stretch of the imagination, there is a longstanding set of government rules and regulations in place to protect both parties in any property transaction.

Beyond that, there are other other reasons the U.S. real estate market remains superior:

1. Builders deliver superior products at a lower price
2. Real estate agents are required to be licensed
3. The MLS system provides a comprehensive listing database and provides for fair pricing through the concept of “comparables”
4. 30 year mortgages are commonplace

When it comes to international investing, most countries have no centralized listings. One real estate agent carries one set of listings while another has a completely different set. This lack of a central database of properties for sale results in pricing that can best be described as random.

Additionally, no other country has the 30-year mortgage, like in the U.S. Some European countries go out 10 years and some do not allow for property loans at all, requiring buyers to come up with the entire purchase price in cash. As you can probably already guess, Jason’s style of investing to take advantage of inflation requires a long term mortgage and frequent refinancing.

Compounding Can Make You Rich

Albert Einstein certainly didn’t invent the idea of compounding interest but he did have an incisive quote about it: “Compound interest is the eighth wonder of the world. He who understands it, earns it…he who doesn’t…pays it.

There is a famous example of the power of compounding interest which shows how much a penny yields over the course of 30 days, assuming it doubles each day. Starting with a single penny on Day 1 returns $5,368,702.12 by Day 30. One penny to over five million dollars! That’s powerful stuff.

There are two types of foreclosure processes in the United States. One is referred to as a non-judicial foreclosure. It involves only the homeowner and the lending institution (and a few attorneys as well). The second type is called a judicial foreclosure because, you guessed it, the government gets involved via the legal system.

We’re not here to complain about the necessity of accessing the law; sometimes it is definitely called for. The problem lies in the length of time required to complete the process. During the most recent recession there were more than 6 million foreclosed properties awaiting disposition, referred to by the exceptionally cool term “shadow inventory.”

These properties essentially sit in asset limbo while the judicial foreclosure process plays out over months and sometimes years. No one can buy them, improve them, flip them, or turn them into income producing properties until the legal process grinds its way to a decision.

This is how your government prolongs a housing market recession. (Image: Flickr | Artist in doing nothing)

Investing in Detroit is Insane, Right?