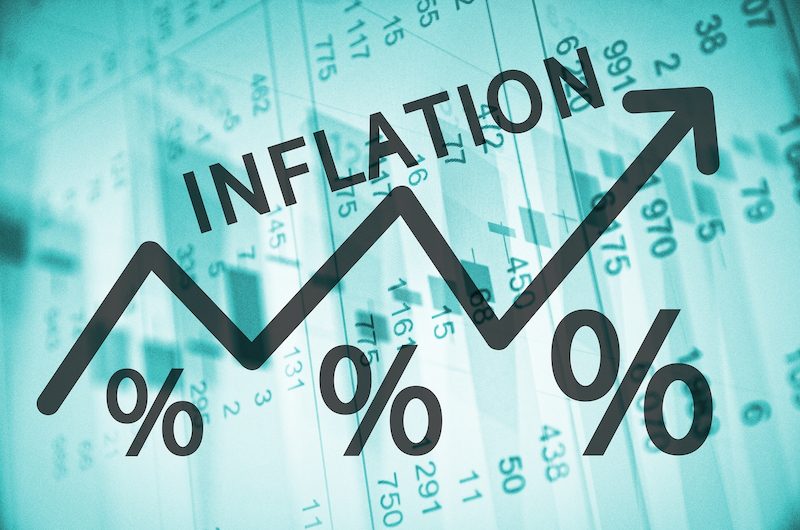 Are you capable of weathering the lag times of the real estate market? Are you aware of the advantages of waiting? Jason Hartman, a self-made multimillionaire and entrepreneur advises the buy and hold philosophy. His experience and expertise have led him to success in investing, lending, developing, and properly managing the properties he’s owned in eleven states.

In this episode of the Creating Wealth podcast show, along with his guest Naresh, Hartman discusses the reasons why most Americans miss out on buying low and selling high, as well as the patterns of inflation and real estate, deflation, and stagnation. He presents facts and figures to inform you about the imminent changes you can expect in the real estate market.

At the start of the podcast, Hartman states that inflation, from a monetary and fiscal perspective is already considered, or “baked into the cake” as he phrases it. Monetary inflation causes price inflation. It’s the nature of the beast in this market, but Hartman also introduces a possible advantage or overshadowing factor as technology.

“That’s the one that’s really hard to understand, how big that impact of all this incredible technology and this progress that we’re on the verge of, what that impact will be,” he states.


Rate of Change in Inflation Rates

After Hartman explains that there has not been any significant deflation in recent years (as of late 2013), Naresh clarifies by cataloging the inflation rate changes in the last couple of years to put perspective on what significant inflation entails.

“We’ll take December 2013, the inflation rate was at 1.5%, so no major inflation. Compare that to when we actually saw major- not major- but we saw some inflation in 2011. After it appeared, we came out of the recession, we saw the effects of the bailouts and the stimulus packages. In 2011 the inflation rate hit almost 4%, September 2011.”

Hartman further explains that inflation and real estate are not always as reliable as they’d appear. He notes that there is always a bit of discrepancy in the way that these statistics are presented.

“Those official stats are always understated, even in this environment… I would say that you have to assume that the real inflation rate is 50% higher than the official number.”

This means that if an inflation rate is stated as 2%, it is more realistically 3%. If the rate is officially 4%, then it’s actually 6%. The CPI tends to understate inflation rates largely due to substitution bias.

Naresh doesn’t argue the determining factors of the rates in these scenarios. His primary focus is on the rate of changes rather than the numbers themselves. In this sense, he has compensated for understated rates by concentrating on how much the rates have increased or decreased.

Though the rate of inflation is tremendously important to any real estate investor, there is a solution presented for managing market changes. Inflation is the best-case scenario for an investor, but deflation isn’t necessarily catastrophic. A capable property manager will still be able to do better than most, even when the inflation rate is not ideal.

“The beautiful thing is, you can adjust your strategy regardless of the environment,” Hartman says.

From late 2013 to the middle of 2015, inflation rates continued to drop. Naresh states that,

“The latest number that the government put out for June of this year, 2015, the inflation rate is almost at zero. That the official number is at .1%. Most of 2015 has been a negative territory, so there’s actually been a good amount of deflation in 2015.”

Naresh goes on to explain that July of 2015 was the most deflationary month that the US has faced since 2009, and it has had an impact on more than just the United States. It’s a current, serious worry, not just in the U.S. but globally, with both China and Greece making attempts to stimulate their economies.

These global deflation issues may result in the delay of the Federal Reserve’s raise of its interest rates. Naresh noted that interest rates were supposed to raise in September, but predicted that there would be a delay due to the deflationary pressure.

When asked for his thoughts on the matter, Hartman pointed out that the Greek economy has initiated growth during the last quarter after their bailout.

“Believe it or not, Greece, the Greek economy actually grew in the last quarter. I mean, it’s amazing, right? You look at what’s going on and you think, ‘How can the economy possibly be growing in Greece?’ It actually did grow slightly, so that’s incredible.”

In a deflationary or stagnant environment, it’s all about yield.


Maintaining Yield with the Income and Expense Ratios

Using the performance of the properties on his own website, Hartman illustrates the estimated cash on cash returns anywhere from 8-12%, even as much as 14% annually on some. This is due to maintaining the same income and expense ratio on the properties.

If you maintain the same income and expense ratio on a property, you’ll still have the yield, even if the property loses value. Even if the value is cut by as much as 50%, there will still be enough yield to weather tough seas in the market. 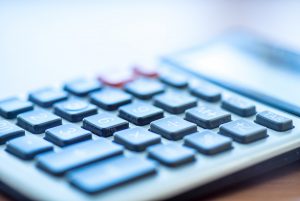 “Economics is a relative game. It’s not that you need to make 100% annually. You just need to do better than everybody else,” Hartman states.

“The lag time concept is what kills people. Everything ultimately adjusts. It just takes time for it to play out,” says Hartman regarding market lag.

People that lose out do so because they don’t have the power to stay through lag time, in real estate or any other market. They don’t wait for the real estate market to become stable before making big decisions.

There’s an adage that Hartman references about a stock market adjustor who complains about the irrationality of the market. He comforts himself in his belief that his decisions are infallible in a lagging market and someone tells him, “I have news for you, the market can remain irrational a lot longer than you can remain solvent.”

The key to having assets in excess of liabilities is to maintain the income to expense ratio on your properties, according to Hartman. Regardless of values going up or down, you’ll still have the yield.

“It’s impossible to argue that real estate is deflating, because it’s been inflating a lot over the past few years. So, there’s definitely inflation there but real estate prices aren’t directly in the Consumer Price Index.”

He also indicates that the Rental Equivalent Value has an equation for determining how much housing expenses influence the CPI.

Though the trend has shown the opposite scenario, and real estate has shown inflation after the recession, Hartman explains that if we have a lot of deflation that affects real estate prices and values go down, rent may or may not go down as well.

The determining factors are what Hartman calls the 3 Dimensions of Real Estate. Two of these dimensions have to do with rent and what you can rent for. The third dimension is the value of the property. If value declines, renters think that it is unwise to buy because of the decline. All markets work this way.

“The little guy always gets in or out too late. If we were looking at a chart right now…and you see the chart go up, and you see it go down, the little guy never buys in the trough and never sells at the peak.”

This is largely due to lag time. There’s a lag time of media, even in our technologically advanced society. The little guy is slow to absorb the media, and when he does decide to make a move, it takes time to react. The little guy acts too late. He holds on too long, and by the time he makes a decision, a bubble effect has occurred.

A similar event happens on a down-turn. Prices decline, and the little guy considers holding on to his assets in the hope that the market will pick up again soon. As the decline continues, he becomes discouraged, sells for too low, and loses money.

In response to this, Hartman advises the practice of “sustainable investing.”

“If you have cash flow, then you can weather the storm. You’re never forced to sell at an inopportune time.”