Increased Rent Inflation Rate and Jobs are Coming to the USA 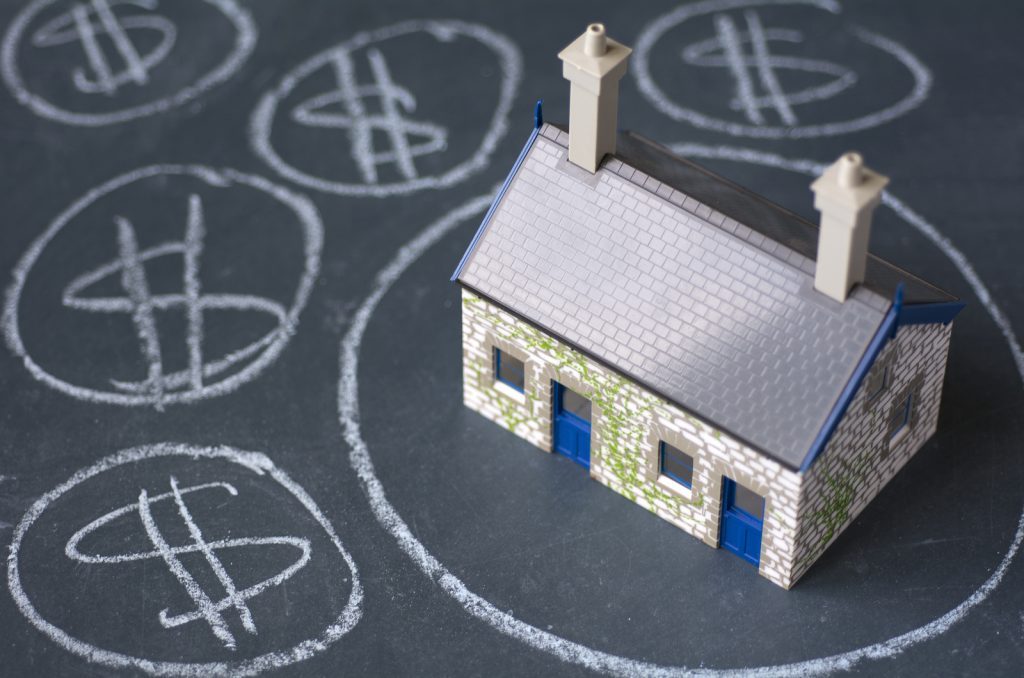 In this episode of the Creating Wealth podcast, Jason Hartman delved into important events taking place in the world of real estate recently. He covered some of President Trump’s plan to bring jobs back to the United States and the way that companies will soon bring money back, and though consumer goods might increase in price, the economy is getting into good shape again.

He then covered the rent inflation rate and what it means for investors. He mentioned the positives associated with a booming economy as well as the negatives, warning listeners that with a great economy comes spoiled people. This is especially true of people who run businesses that attract customers in a good economy.

He then played a winning video from the 5-Year Plan contest. The video was played at the Meet the Masters event, and now that the sound quality has been improved, listeners are able to hear Mason Albaugh-Fonseca’s five-year plan.

Hartman begins the episode by mentioning that he was very recently in Sedona, AZ and states that it’s a neat, spiritual place. Even though it rained most of the time he was visiting, he still encourages listeners to visit if possible. He and Carrie were there to spend time with a lender and a couple of investors, and Hartman notes that it was nice to visit an area and not be working.

He explains that he has been reading the reviews from the JHU event in San Jose, as well as the Meet the Masters event this past January. He wants to thank everyone that attended and appreciates all of the evaluations, comments, and feedback he receives.

He has a 5-Year Plan video to play that one of the winners submitted. The contestant re-recorded his content for better sound quality, and now that the sound works properly, Hartman is going to play Mason Albaugh-Fonseca’s 5-Year Plan video on air.

Jobs are Coming Back to America

Hartman states that the jobs are coming back to the United States, and that this week has been interesting for news. The president has said that it’s time for some tariffs, especially on steel. As a result, a steel furnace that has been out for a couple of decades is firing up again. Hartman explains that while our president isn’t the most mature person and is disliked for a lot of valid reasons, this is a good move.

It supports wage growth. The economy is doing well, the stock market is up 40%, and we have wage growth now for the first time in roughly 20 years. Hartman mentions that, as a libertarian, he does not like tariffs but understands how trading with one side that has no restrictions can be an issue.

He explains that trying to employ people is hard. In California, he states that it felt like every day, the state didn’t want him to employ anybody. If you’re doing business in the United States, especially in a government-intrusive state, you know how hard it is to employ people, Hartman says.

He mentions that we are probably going to see higher consumer prices, but the way it works, we can either want good jobs or want to buy cheap goods at Walmart. Fortunately, we are not spending all of our money on consumer goods. For listeners who have tenants, if they have more money because of wage growth, the rent inflation rate is going to become the next step. Hartman assures listeners that they’re going to like that. Currently, he has 281 doors, and when wages go up, he’s going to see rents go up as well.

Hartman explains that the net of it is that we have a margin and that benefits the US economy. Overall, he states that he doesn’t think that we can truly have free trade without some restrictions.

He recalls the biblical concept of being equally-yoked, though traditionally that concept is related to marriage. He explains that if you’re married, you have to put work into the romance, as the new phase of the relationship goes away quickly. Working toward a romantic relationship is where true love is. With the new generation, though, the government is the new husband and the smartphone is the new boyfriend.

In the concept of trade, it’s important to the economy that both partners are equally-yoked. The way things have been has not been working. As far back as Hartman recalls, selling our jobs down the river began with Reagan, and Clinton had a lot to do with it as well. For decades, American jobs have been sold and finally there’s a president that claims he is going to do something about it. Hartman states that it’s understandable to hate Trump, but the jobs are coming back.

North Korean leader Kim Jong Un is going to sit down with President Trump, which is interesting because a meeting with North Korea has not been on the table for four or five decades. This is a big deal and it’s going to happen soon.

Remember Who Your Customers Are 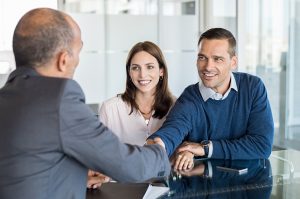 Hartman mentions that a good economy makes for spoiled children. A struggle we have that has always been a bit of an issue is the way the economy changes people. He notes that his company is a client advocate and that they’re here to make investing easier. He wants to be known as a customer-centric company, and states that it’s important to remember who your customers are. They are the ones who pay the money, the tenants, not the property managers.

Hartman has many tenants and mentions that sometimes the customer is wrong. Even when they’re wrong, it’s important to try to do right by them. He notes that he has had a battle with a local market specialist that doesn’t seem to understand this concept. A customer had an issue with a property, and the specialist was blaming the customer and circumstances. Hartman states that it’s important to make the problem right anyway and make the best moral, ethical, and business decision. Even if you’ve got to make good decisions out of greed, make decisions to do right by your customers, Hartman says.

The Job of Sorting

Think of it like parenting, Hartman says. If you throw too much money at your kids, they’re spoiled. This is what happens in the market as well. In overheated economies, people become spoiled, which is the complete opposite of gratitude. There are people who would otherwise be decent, but they’ve become spoiled, so they take everything for granted with no appreciation.

Hartman advises listeners to check their egos. Don’t let yourself become spoiled, he says. He intentionally creates small hardships for himself to avoid this. It isn’t about money, he has plenty, but it isn’t healthy to live in perfect luxury. There have to be some challenges, some ways to find fulfillment in everyday life.

Watch out for Corner-Cutting

Hartman mentions trying to be an advocate in the market. There are times when many of thee formerly good suppliers of inventory and managers of properties become spoiled. When business is booming, and the world is beating a path to their doors, it becomes a crazy market and it’s hard to get these people to really take care of their businesses.

Some are great people who will do the right thing no matter what, and some are not. Some people will cut corners in their work. When supply is constrained, and the economy is booming, it happens. Sometimes, professional people change when they’re being offered a good deal of money.

Hartman likens this to eating at a restaurant during the recession. When you’re a customer in a recession, you get good service because the company is grateful to have patrons because it meant that the establishment would likely be able to pay its bills. It does not work the same way in this economy where there isn’t a great threat looming overhead.

He explains that part of his job is to be an investment therapist, and other times, you the listener, have to be the therapist. Hartman thanks his listeners for their interest in this session and takes a look at the 5-Year Plan video by Mason Albaugh-Fonseca.

Mason is from San Antonio, Texas and states that he has been listening to the Creating Wealth podcast since fall of 2014. In 2015, he made a plan to purchase five properties over the next five years.

He explains that when he sets a goal for himself, he considers five key things: career, investments, family, health, and service. He remembers these elements every day when working toward an outcome.

He first covers his career as a merchant mariner. He has sailed all over the world and been to 39 countries to date. He’s licensed to operate vessels at sea and his career goal is to have an unlimited tonnage master’s license, which will allow him to captain any vessel in the world.

He plans to have his employment income fund his investments. He has purchased three properties in Memphis, TN through the Platinum Properties network.

As he continues his five-year plan, he aims to purchase two more properties by 2020.

He states that he updated his 2018-2023 plan and wants to invest in markets outside of Memphis. He purchased his Meet the Masters ticket to the San Diego event to learn more, and by 2023, he plans to have gotten into his first multi-family property, while still working with single-family rentals as well.

In 2023, Mason will be 33-years old, and he expects to start a family at that point. He is planning to make $4,000 a month in cashflow on his investments.

When it comes to family, it’s important to Mason but difficult because of his career. He states that his five-year plan will allow him to spend more time with friends and family, and the goal is to not have to go out to sea to support his family. Mason mentions that he is recently engaged after proposing to his fiancée in Malta. The pair are a team, both follow the podcast, and both have read Rich Dad, Poor Dad. They both want to continue learning.

Health is an important part of Mason’s five-year plan. He and his fiancée eat healthy, exercise regularly, and listen to the Longevity and Bio-Hacking podcast. Mason states that he run marathons and has done so since 2010. He wants to run one marathon per year for the next five years and hopes to beat his own record and qualify for the Boston Marathon.

Finally, service is important to Mason, both with serving his country in the Navy and serving his local community. He wants to keep working at his job and become an Lt. Commander by 2023. In high school, he used to be an organizer for Habitat for Humanity and wants to get back into that again.

Though he has purchased his own ticket to Meet the Masters, he states that winning the contest will reinforce his goals and attending the event is another opportunity to learn.