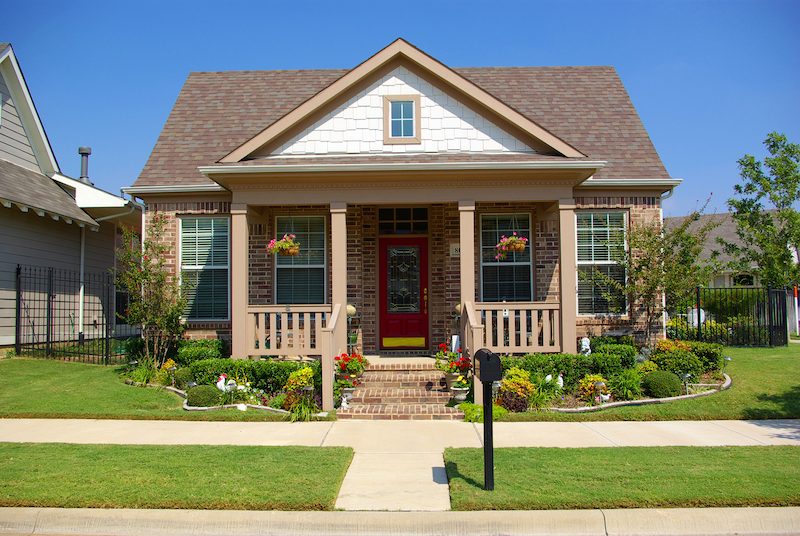 When you become a real estate investor who’s building a portfolio of investment properties, you may decide to shuffle that portfolio up a bit by investing in properties in different price ranges and property classifications.

At the Platinum Properties Investors Network, its local investment specialists have broken down properties in different price ranges for you and arranges them in Class A, Class B and Class C categories.

He and podcast guest, Sara, who is Platinum’s senior investment counselor, break down the network’s property classifications by using, as an example, property tours they had recently sponsored and attended in the Platinum markets of Memphis, Tennessee, and Jackson, Mississippi.

During the podcast, you’ll learn why Platinum offers such markets as Memphis and Jackson for its investors, as opposed to say, San Francisco, California, or Seattle, Washington, as places to invest. You’ll also learn why and when you may want to invest in the different property classifications and their varying price ranges.

The Platinum Network and Its Properties in Classes A, B and C

As you may already know as a listener of Hartman’s “Creating Wealth” podcast show, the Platinum network prefers to invest in linear real estate markets around the country, as opposed to cyclical markets. It then breaks down those markets into Classes A, B and C, according to price ranges.

“We don’t recommend cyclical markets, so, we’re not even going to talk about that,” Hartman says.

There also are hybrid markets, which “get more toward the cyclical, but not much—they still make sense from a number perspective and you can still get decent cash flow.”

Over time, investors’ portfolios perform better in the linear markets, the Platinum network has found.

Linear markets tend to be toward the middle of the country, away from the coasts. In addition to Memphis and Jackson, Platinum counselor Sara says, some of Platinum’s better linear markets are in Birmingham, Alabama, and Indianapolis, Indiana. Hartman adds Kansas City, Missouri (which includes properties on the Kansas side of the state line), and St. Louis, Missouri, to the list.

“And hybrid markets that we have right now, and we’re not really doing much business in these markets, because they don’t really work that great, OK, but at times we kind of move in and out of them.”

“But I would say a hybrid would be Austin, Texas; Denver, Colorado; Phoenix, Arizona. Atlanta is becoming a bit of a hybrid market, because, I mean Atlanta has appreciated 10 percent in the past year.”

Once you become a Platinum investor and understand cyclical, linear and hybrid markets, it’s time to decide how much you want to invest in a property and select whether you want that property’s classification to be… in Class A, B or C price range—Class A properties being the more expensive. Platinum counselors suggest that if you’re newer to real estate investing or still early in building a portfolio of multiple properties, you should get your first experiences in A and B property types.

Then, they say, as you’re accumulating properties in a portfolio and have become more comfortable as an investor, dip into Class C type properties, “because the Cs can be great, but they are a different bit of animal.”

(Important note: Price ranges, comparisons and some opinions listed in this story are from two years ago when this podcast episode originally aired and when the Platinum counselors had just attended the Memphis and Jackson tours. The episode was recently aired again as part of “Flashback Fridays” on “Creating Wealth” when it replays favorite episodes.)

“I think at some point you want to have a good healthy mix of A to C properties,” says Sara, the senior Platinum investment counselor joining Hartman on the podcast. “So, I think the key is to be a seasoned investor before you go into a C type property or properties, and I would definitively encourage you to go visit the market.”

Why Are Class C Properties Considered to Be a ‘Different Animal’?

Following their recent tour of Jackson properties that are part of the Platinum network, Hartman and Sara offered their assessments. Joining them on the tour were Hartman’s mother, Joyce, a real estate investor in her own right, and Fernando, another Platinum counselor.

“So, my impression is that Jackson is a good, mostly C class market,” Hartman says in the podcast. “Now, of course, there are some beautiful areas in Jackson that can be A and B class markets or property types. But, in Jackson, you know, the stuff we saw with our provider (local market specialist) there was, I think, a solid C, maybe C-plus, class neighborhoods.”

“As is almost always the case, those properties have really good cash flow at least on paper but more demands in terms of management. They really require a little bit more attention.”

It’s requiring that extra attention for Class C properties that has made Sara, Hartman’s investment counselor who has a portfolio of her own, wary of that property classification.

She did like what she saw in Jackson, though. 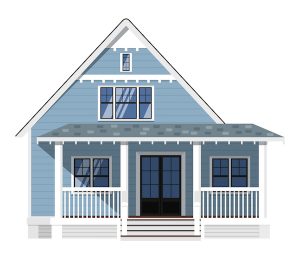 “I had a great time. We probably looked at, I don’t know eight to 10 properties, and my takeaway was that of those eight to 10 properties, there was one that I thought, ‘I would buy this, this looks like, you know, a good, clean property, better neighborhood, nice curb appeal, still not a cookie-cutter neighborhood, but just a good solid rental property.”

But, she adds, “I don’t see you’re going to get any big rent increases there. Very good for cash flow, but I think a little more risky in terms of the amount of maintenance you might have. You might get lucky and have a good long-term tenant, and that’s one thing (the provider) did say was that these tenants tend to stay: A lot of Section 8, you know.”

“So, the reason the tenants tend to stay,” Hartman further explains, “is because a lot of them are on some sort of government-assisted housing program like a Section 8, OK.”

“When you’re on the dole, what real motivation do you have to change anything? You know, when you are the type of renter who is paying $700 a month rent and living in a property that our investor can buy for $45,000 or $50,000, moving is a pretty expensive affair.”

Section 8 is one reason that Hartman’s other investment counselor who joined them in the Jackson tour, Fernando, liked the Class C properties in Jackson in general.

“I mean, you know, (Fernando) was like, ‘oh, yeah, I like this,’ because of government rent, very dependable, and you know, great cash flow,” Hartman recalls.

Hartman and Sara once again stress that Class C properties probably are best for seasoned investors, such as Fernando, and that you must make some big decisions about what you want in your portfolio of income property investments along the way.

“Are you willing to take large risks, are you very conservative, or are you somewhere in the middle’—where you want to allocate some of your portfolio to higher-risk properties that could appreciate more and have more appreciation potential, but the cash flow is not as good.”

“And then, your time horizon, your investment goal, whether it be capital appreciation, cash flow, tax benefits, income … then another part of that is really your own psychology, your own personality as an investor.”

It’s not always possible to check out a Platinum property before purchase—especially, say, if you’re an investor on the coast who’s invested with Platinum before and are adding more properties from mid-country to your portfolio. You do get chances to inspect properties physically, though, with the network’s occasionally sponsored property tours, and mentally at its big annual event, Meet the Masters of Income Property.

The next annual Meet the Masters event is Jan. 12-14 in La Jolla, California, and discussion of Platinum’s markets, properties, and property classifications usually are included on the meeting’s agenda. Once such past event, for example, included details on the markets of Memphis; Indianapolis; Little Rock, Arkansas, and Jacksonville, Florida.

“You have to stay plugged into these events,” Sara says of those who decide to build their portfolios with Platinum Properties.

“There’s nothing like going to one of Jason’s live events, sitting in a room full of people that are like-minded. I mean, I get pumped up every time I just network with our own clients, our new providers—it’s just really an incredible experience.”

“I was sitting back there this time thinking, ‘Man, there were a couple of people that really wanted to come, couldn’t work out their schedules,’ and I was really feeling bad that they couldn’t make it, because it was just, you know, very inspiring.”

“Every once in a while, we get someone who starts listening to the podcast, and they’re skeptical,” Hartman says of people who are considering the Platinum network. “‘This sounds like it’s some big show and everything is contrived,’” he quotes such skeptics as saying.

“You know, if you’re skeptical, here’s the best thing you can do: Come and meet, not us, meet our clients, because they are in the room (at these events). You’re going to meet people who are real people that you can talk to you without us there. You can go have coffee with them, you can go have lunch or dinner with them, you know, without us, and you can hear their real experiences.”

“Our clients who have been investing with us for years still come to our events … one of the big parts of our events is the networking with other investors.”

Perhaps 40 percent of the people at Platinum events are clients, and 60 percent “haven’t purchased anything from us yet,” Hartman estimates.

“You know,” she says, “some people buy and they never met us in person, and then a year goes by and they’re ready for more deals. So, they’re coming out to tour properties, but they are getting the education, too. And then some of the clients that come out have been to several events.”

At the Meet the Masters events, where properties and markets are discussed sans tours, be mindful that the agenda also is packed with special guests who offer much more, such as the newest in real estate investing topics.

“So the thing about the seminar is that there’s a lot of new content, even though it’s the same philosophy and, you know, the same overall message,” Sara says.

“Everything changes. Every year, things change, and lenders come up and talk about these changes. The information is just endless.”