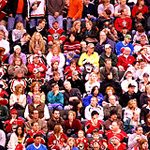 Human Population Grows Up
As we swell toward nine billion in the next half a century, humanity will undergo historic changes in the balance between young and old, rich and poor, urban and rural. Our choices now and in the years ahead will determine how well we cope with our coming of age
By Joel E. Cohen
Scientific American

The year 2005 is the midpoint of a decade that spans three unique, important transitions in the history of humankind. Before 2000, young people always outnumbered old people. From 2000 forward, old people will outnumber young people. Until approximately 2007, rural people will have always outnumbered urban people. From approximately 2007 forward, urban people will outnumber rural people. From 2003 on, the median woman worldwide had, and will continue to have, too few or just enough children during her lifetime to replace herself and the father in the following generation.

The century with 2000 as its midpoint marks three additional unique, important transitions in human history. First, no person who died before 1930 had lived through a doubling of the human population. Nor is any person born in 2050 or later likely to live through a doubling of the human population. In contrast, everyone 45 years old or older today has seen more than a doubling of human numbers from three billion in 1960 to 6.5 billion in 2005. The peak population growth rate ever reached, about 2.1 percent a year, occurred between 1965 and 1970. Human population never grew with such speed before the 20th century and is never again likely to grow with such speed. Our descendants will look back on the late 1960s peak as the most significant demographic event in the history of the human population even though those of us who lived through it did not recognize it at the time.