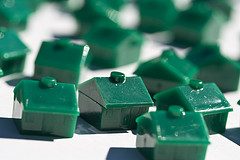 Housing Wire – Decades from now, when history writes the story of the Millennials, they may well be remembered as the first generation for whom using smartphones and social media was as natural as taking a breath. Yet unless things change, there’s a good possibility they’ll also be known as the generation that couldn’t afford to buy or rent a home, which is why we are witnessing, a housing crisis for California, again

It’s ironic that when the first Millennials were born, their Baby Boomer parents couldn’t afford a home either.

Looking back to October 1981, interest rates on a 30-year, fixed-rate mortgage exceeded 18%. It wasn’t until rates fell below 10% in 1986, and to the 7% range in the early 2000s, that affordability ceased to be a major impediment to homeownership.

Today, California’s housing affordability problem is back – only this time it is fueled by rising home prices and lack of access to capital rather than double-digit interest rates.

On Nov. 14, the California Association of Realtors will convene economists, policymakers, and practitioners for “The Real Estate Summit: Partnering for Change in California.” The summit will explore the issue of housing affordability, as well as California’s infrastructure, foreign investment, consumer trends, housing finance, and policy implications.

So how serious is the problem?

CAR’s Housing Affordability Index – which tracks the percentage of households that can afford a median-priced, single-family detached home assuming current interest rates and 20% down – fell from 33% in the first quarter of 2014 to 30% in the second quarter, a 26% decline from a peak of 56% in early 2012. While home buyers needed to earn an annual income of $56,320 to purchase the median-priced house two years ago, today they need an additional $37,270, or $93,590 total annually, to qualify.

The reasons behind the decline in affordability are many:  slower-than-expected economic growth, incomes that haven’t kept pace with rising home prices or rents, pent-up demand, lack of supply, tighter lending criteria in response to new mortgage regulations from Congress, and indecision about the future of Fannie Mae and Freddie Mac, to name a few.

What the numbers don’t reveal is the impact the problem is having on individuals and families. Nationally, more than half of adults surveyed say they’ve taken a second job, postponed retirement contributions, run up credit cards, or moved to a cheaper neighborhood in order to cover their rent or mortgage over the past three years, according to the MacArthur Foundation. Another study reports that 45% of college-educated Millennials have moved back in with their parents because they can’t find a job or the one they have doesn’t cover student loans and a place to live.

A lack of new home construction is likely to cause further affordability issues unless housing starts increase in line with local job gains, according to the National Association of Realtors. Its analysis found that too few homes are being constructed in relation to local job market conditions, and that lack of construction has “hamstrung” supply and slowed home sales.

Here in California, it has been estimated that the post-recovery real estate market could easily absorb 250,000 new units of owner-occupied or rental housing – a need that isn’t even close to being fulfilled.

Many small builders continue to experience limited access to credit and rising construction costs. Despite strong demand, the number of single-family housing permits issued in August 2014 declined by nearly 21% from the same month in 2013, while the number of multifamily permits was down almost 24% year over year.

There are some who believe California’s housing affordability problem will work itself out as the economy improves and consumer expectations align with real estate market realities.

They may be right.

The question is: What will be the ultimate cost of such inaction, both now and over the long term?
photo credit: woodleywonderworks via photopin cc