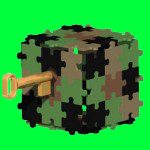 In the midst of financial collapse, massive government deficits, high unemployment, bailouts, and inflationary spending there is a rising tide of people that are becoming skeptical about the prospects for continued economic growth in the near future. There are many people who are sounding the alarms of doom, but there are precious few who are offering viable strategies for individuals to prosper in such an environment. One of the places that these strategies live is Holistic Survival.

Success in the current economic environment may require a mix of financial savvy blended with adaptive survival skills.

Holistic Survival is an initiative created by Jason Hartman to address the needs of people to protect their wealth, family, and property from the economic turmoil that is expected to come. As the castle of debt created by the government through fiat currency and runaway spending begins to collapse, there will be tremendous disruptions to the lifestyle that people have come to expect. This ‘prosperity collapse’ is expected to have many repercussions throughout the economy.

As inflation comes about from the massive monetary expansion of world governments, sharp price increases are expected to hit the poor dramatically. Some people expect that these price spikes will spur riots and looting, which in turn could result in martial law and government price controls or rationing. In this case, people will need to know how to survive in a world where the supermarket is not always open for business. Extended periods of time with no food available may become normal.

As the currency continues to collapse, it is also likely that barter and trade will begin to replace traditional monetary commerce. It is also likely that many of the products that are currently purchased at the grocery store may need to be acquired through the ‘black market’ in goods that are price controlled or rationed. This will require people to adapt very quickly in order to avoid very dire circumstances. These are not pleasant thoughts to have, but there is a chance that they will become a part of normal life for many millions of people throughout the world.

There is a famous saying that luck favors the prepared. At Holistic Survival, we couldn’t agree more. We desperately hope that the expected economic catastrophe does not transpire. We remain hopeful that the free market will eventually prevail and return the country back to a path of growth. Nonetheless, it is prudent to be aware of the possibilities and prepared to exist in the world that may exist after the prosperity collapse.