Helping the Poor by Making Them Poorer 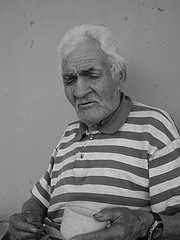 In the current election-year political climate, the expected rhetoric about “helping the poor” is being heard from almost every politician and political propagandist in the nation. Typically, this flavor of campaign speech involves a proposal to increase taxes on “The Rich” (vaguely defined as people who earn more than $200,000 per year) in order to finance increased benefits for “The Poor” (vaguely defined as people who vote for politicians that promise to deliver government benefits). The advent of ‘class warfare’ on the part of politicians to try and gin up favor with their electoral base is nothing new. However, the current monetary mess created by continued “Quantitative Easing” on the part of the Federal Reserve for the purpose of supporting government spending has created a very real paradox.

This paradox comes from the fact that the monetary expansion being used to finance spending for the supposed purpose of helping “The Poor” is actually the largest net transfer of wealth from the poor to the rich in the history of the civilized world. To see the first chapter in this story, one needs look no further than the difference between what the government tells us the inflation rate is, and the rate we pay for things we purchase every day.

You Can’t Eat an iPad

Analysis of key price index categories since the financial crisis in Q4’08 shows a very revealing trend. Even before delving into the methods of quantitative manipulation used to suppress inflation in the reported indexes, comparing the “Core” CPI against the “All Items” CPI, and selected component categories tells an interesting story. The “Core” CPI has only risen 4.8% since Q4’08, leading the government to declare victory against inflation. However, the cost of food has risen by 6.2% … nearly 30% faster than the “Core” Rate. Medical care has risen by 10.8% and energy has rocketed by an astounding 32.4%. The simple fact of the matter is that the items people “need” are rising in price very quickly.

This is not remotely surprising since inflation always hits commodity products first. They are frequently purchased with cash, and often trade at a high velocity. This means that disruptions in the ratio of currency to real products and services will land in these sectors before they are felt anywhere else. It is also true that increases in the price of necessities such as food and energy disproportionately impact the poor, since they must spend a higher percentage of their income on these items.

The typical retort against inflation by government officials is that technology products such as an iPad are declining in real terms since the nominal price stays the same and the quality / functionality perpetually improves. Unfortunately, you can’t eat an iPad. Technology products are only helpful if you can pay for the food, energy, and other necessities of life.

Inflation and the Entitlement

Since we have already seen that inflation impacts the necessities of life in a disproportionate fashion, we should also examine what happens when the people who depend on entitlement programs have the purchasing power of their payments eroded by inflation. For the purpose of this illustration, we assumed a “reported” inflation rate of 4% and a “real” inflation rate of 8% for people receiving government assistance. These assumptions are quite conservative, but they help to demonstrate the impact of inflation on those who are the most vulnerable.

When the real rate of inflation exceeds the reported rate of inflation that drives assistance payments, it reduces the “Real” purchasing power of those payments. The chart above demonstrates the impact of a net 4% reduction in the real purchasing power of the average social security, unemployment, and welfare / food stamp recipient’s payments over a 15 year period. In all of the cases the real value of the payments to a person on government assistance will lose nearly half of their real value after 15 years of this inflationary manipulation. The very same people who herald themselves as a champion of the downtrodden are systematically destroying the value of their meager resources through inflating the currency to pay for continued government spending. The people in charge are quite aware of what is happening, and are depending on the ignorance of the people whom they claim to be helping, and their ability to blame “big business” for raising prices when it is nothing more than a monetary shell game.

Where Does All This Purchasing Power Go?

With such destruction in purchasing power for the poor, it seems that the power needs to end up somewhere. The first place where it land is the government. By printing money, the government can spend without producing anything or levying taxes. The way that it does this is by de-valuing all of the money already out in circulation. This has the effect of impoverishing anybody who holds cash and enriching everybody who holds debt. The reason for this is because inflation destroys the value of debt.

As a way to illustrate this principal, we modeled a $100k income property that generates $1,000 per month in rent with a 10% management fee and 3% of rent held in reserve for repairs. We also assumed that rent would escalate closer to the reported rate of inflation than the real rate for commodity products. For this illustration, we used 4% as an example. As time goes by, the profits that accrue to an income property owner increase exponentially as inflation pushes up the rents, but the fixed-rate debt payments stay flat.

This is the exact opposite effect of what the poor are faced with, and is the opposite end of the world’s most dramatic wealth transfer. The inflation created by excessive public spending systematically transfers purchasing power to both the government and wealthy investors who financed their investments with fixed-rate debt. Jason Hartman believes we should structure our own personal investments such that we can benefit from this trend of systematic wealth re-distribution through inflation. This will allow us to dedicate more of our personal resources to legitimate charitable activities that deliver real help and assistance to the poor, instead of empty promises and continued privation.

Action item: Structure your investments so that you benefit from the systematic transfer of wealth that is created by inflation. For most middle class people, this is easiest to accomplish with income properties. (Top image: Flickr | Arturo Avila)