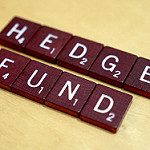 Recent years have seen hedge fund deregulation the likes of which sane investors thought they’d never see. For a fascinating take on this topic, Jason Hartman invites hedge fund expert, Les Leopold, to the microphone for a special guest segment on episode #332 of The Creating Wealth Show. During the course of the interview Leopold highlights the topics covered in his excellent new book, “How to Make a Million Dollars an Hour: Why Financial Elites Get Away with Siphoning Off America’s Wealth.” If you ever wanted to learn how hedge funds make unthinkable amounts of money, keep reading and then listen to the podcast.

Les Leopold co-founded and currently directs two nonprofit organizations, the Labor Institute of New York and the Public Health Institute. He designs research and educational programs on occupational safety and health, the environment, and economics. He also serves as a strategic consultant to the Blue-Green Alliance which brings together trade unions and environmental organizations. One of Leopold’s projects related to his environmental line of work was instrumental in forming an alliance between the United Steel Workers Union and the Sierra Club, two giants in their respective spheres of influence. He is a proud graduate of Oberlin College and Princeton University’s Woodrow Wilson School of Public and International Affairs (MPA 1975).

In addition to his recent hedge fund book, Leopold has also authored “The Man Who Hated Work and Loved Labor: The Life and Times of Tony Mazzocchi.” He also has articles posted all over the Internet, most notably on websites like The Huffington Post.

Before jumping into Leopold’s hedge fund insights, Jason offered more details on his recent European tour, some of which have already been covered in previous episodes. One new incident he related involved the purchase of a scarf in Iceland and going through the process of receiving a refund for the Value Added Tax (VAT).

The numbers he uncovered were mind boggling. The scarf itself cost about $50, 15% (the VAT) of which was reimbursed at the airport before departure. While discussing tax rates with the lady at the counter he learned that the Icelandic sales tax is a whopping 25%, and you can throw a 40% income tax into the mix. “But we have free healthcare,” the woman said. Welcome to socialism, ladies and gentlemen.

The Evils of Hedge Fund Deregulation

The basic premise of Leopold’s book is that hedge funds are siphoning off unimaginable amounts of wealth from America and the rest of the world. Not sure what a hedge fund is? Don’t worry. We’ll get to that in a minute. For now, let a few of these numbers sink in. The top hedge fund manager makes more in one hour than the average American worker earns in 47 years. That particular hedge fund, with less than 100 employees, makes more in a year than Apple, which employees hundreds of thousands of people.

What is a Hedge Fund?

For those who might be unfamiliar with hedge funds, here is a down and dirty description from Wikipedia?

“A hedge fund is an investment fund that pools capital from a limited number of accredited individual or institutional investors and invests in a variety of assets, often with complex portfolio construction and risk management techniques. It is administered by a professional management firm, and often structured as a limited partnership, limited liability company, or similar vehicle. Hedge funds are generally distinct from mutual funds as their use of leverage is not capped by regulators and distinct from private equity funds as the majority of hedge funds invest in relatively liquid assets.”

Leopold says that the reason hedge funds rake in such obscene amounts of money is that, thanks to a fortune sunk into trading technology, they know the outcome of their trades before they ever pull the trigger. How does that happen? Superfast computers, a cherry physical location right next to the Wall Street trading pit, and trades held for fractions of a second.

Here’s how hedge funds scalp pennies from average traders all day long. The physical location beside the stock exchange gives hedge funds and their amazing computers an infinitesimal look at your pending trade a split second before you execute it. They are able to quickly buy your stock of choice from the exchange and resell it to you at a profit of a few pennies every time. One hedge fund trader said he had never had a losing day and never held a trade for more than two seconds. Looking at hedge fund trading behind the scenes, it’s easy to see why some claim the business model provides no real benefit to the economy and could even be seen as a hidden tax paid by average traders.

Does all this make you think about investing in a hedge fund? Be ready to have millions to even think about buying into this money machine. Hedge fund trading is an activity conducted among the super-wealthy and elite.

How does the hedge fund industry reel in the filthy lucre? Remember back when investment bank Goldman Sachs was fined $550 million by the SEC for the creating a derivative trading security by bundling bad mortgages and selling them? Apparently it was the hedge fund managers who gave them the idea to sell the things as great investments. Of course, the funds knew they were going to fail and bet big against the mortgage securities, winning a fortune to the tune of billions when the housing bubble overinflated and burst.

There’s much more on the evils of hedge funds in Leopold’s book. As the man himself says, there is a real danger to pretending like this stuff doesn’t matter to each and every one of us. It DOES matter. It behooves you to understand how high finance works if for no other reason than to protect yourself from scams. (Image: Flickr | LendingMemo)

What America Needs. The Case for Trump.