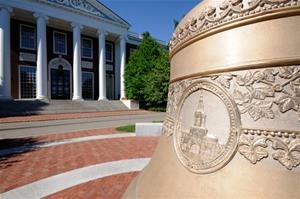 (NEWSER) – Decades ago, American CEOs were more like “corporate statesmen,” writes Robert Reich at Salon. They looked after their shareholders, of course, but they balanced those interests with those of their workers, their communities, and their nation. Today, not so much. They’re more like “corporate butchers,” with shareholders’ interests their only concern. Who’s to blame for this? Reich has a leading villain in his sights: “No institution is more responsible for educating the CEOs of American corporations than Harvard Business School—inculcating in them a set of ideas and principles that have resulted in a pay gap between CEOs and ordinary workers that’s gone from 20-to-1 fifty years ago to almost 300-to-1 today.”

It’s time for HBS and other big business school to reassess what they teach their students, writes Reich. Is “maximizing shareholder value” really the best course? It may be great for CEOs who get paid in stock options, but everybody else loses. This is about smart, responsible business practices, not altruism, argues Reich. The widening wage gap can’t continue, because “without a large and growing middle class, Americans won’t have the purchasing power to keep US corporations profitable, and global demand won’t fill the gap.” Instead of profits, companies will generate “political and social instability.”