Get Paid to Borrow (Part 1) 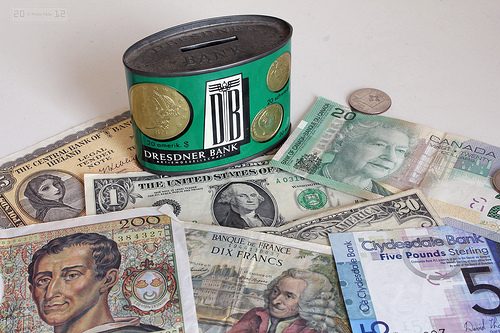 Jason Hartman tells a story in which a property manager from one of his properties phones him at 8:00 in the morning, from another state. He’s mildly annoyed because it is early and he isn’t a morning person. Five minutes later, he’s off the phone, having approved a repair that was to cost $300. Sure, it’s a chunk of money, it was early, he’s maybe had to deal with a bit of a problem.

But it is also all about perspective. If you invest in things that lose money, imagine the time it can take to rebuild and re-earn a lifetime of work. We’ll give you a hint—it’s longer than five minutes. With Jason Hartman’s Complete Solution, an interest in real estate, and the right tools, it’s easy to build and maintain your wealth.

As the dollar has plummeted (and continues to do so), it’s important to understand the reality of the situation. In 1972, the median house price was around $18,000. Folks got an 80% loan to by the house, putting 20% down. The interest rate was about 7.37%, and they got a 30-year fixed rate loan. Mortgage amounts were around $14,614 and monthly mortgage payments were around $101. Let’s assume their tax bracket is 33%.

In 1972, a dollar was worth exactly a dollar. Imagine living in a house all of those years, essentially getting paid to borrow money. That’s what happened, and it is going to happen again. In 1972, the official rate of inflation was 3.2%. The annual nominal (in name only) payments would have been $1,211. After tax inflation adjusted payments amounted to $857, but it isn’t a huge difference.

Fast forward 30 years, when the inflation rate was 5.1%. In 1980, inflation had jumped to 13.5%. In the early 80s, the government began manipulating inflation rates to make them look better—to make inflation appear lower than it really is. Why? So we would make more purchases.

Inflation is often demonstrated with the image of a person burning money because it is a more efficient way to heat a home than to exchange the bills for wood. Often, the images portray this happening in other countries, but the United States is far from immune. Inflation is a real thing, and it’s happening here.

Government entitlement programs and salaries are indexed to inflation. Social Security payments rise with the cost of inflations. Government employees get raises when inflation is high, so they’ve got some incentive for wanting you to view inflation as lower.

Housing prices typically go up a bit higher than inflation—real estate is a great hedge against inflation, because it appreciates faster. Real estate keeps up.