Foreign Investment in US Real Estate, a Historic Housing Shortage, and the Need for Regulation in Big Companies

In this episode of the Creating Wealth podcast, Jason Hartman had no guest and went solo as he presented the information to be covered in the segment.

He discussed the foreign investment in US real estate, which foreign countries have flowed the most money into the US housing market, and which states are seeing the most benefit from foreign money. He also covered why big businesses are in favor of regulation, the Food Babe and the crimes the food and pharmaceutical industry are committing against humanity, and the present as it was predicted in George Orwell’s 1984.

He also spoke about the shrinking of the welfare state and mentions points made in an article that seems to suggest that the United States is not heading for another economic recession, rather, it appears to be heading toward some economic letup.

Foreign Investment in US Real Estate

Jason Hartman begins the podcast by stating that the United States is viewed as a safe place to keep money. If you’re a wealthy foreigner, the US has some handsome financial options, which is why it is often referred to as a national Brinks truck. Hartman explains that in the face of a strong dollar, our real estate is more expensive to foreign investors. They prefer when their own dollar is strong and our dollar is weak, but it has not kept them from investing in US real estate.

He mentions that in the news, there is a lot going on in the topics of trade wars, tariffs, and President Trump. Our president appears to be a protectionist thus far, but we’ll see what he does in the future, Hartman says.

The president is in favor of tariffs and admission fees to trade in the United States market. Hartman points out that this is a double-edged sword as it means more American jobs with higher pay, but it also means that we are going to see higher prices. He states that a moderate protectionist policy like this is the best deal for Americans, as he has talked about extensively in past episodes.

The statistics of foreign investment in US real estate as presented by the National Association of Realtors are astounding. Last year, even with the rising home prices and stronger US dollar, there was still no match present for increased demands that fueled a surge in foreign purchases of United States real estate.

Hartman mentions that he has visited eighty-one different countries, and he finds that the United States is still the best place to invest. He states that he apparently isn’t alone in this opinion, as the National Association of Realtors’ list of the Top 5 Countries of Foreign Buyers show that a total of $153 billion in sales came from foreign countries. While he explains that this isn’t a great deal of money with all things considered, it’s still a good amount of sales from individuals outside of the United States.

He mentions that it is not truly the amount that matters, but the relationship to the prior number, the “compared to what”. Year over year, Hartman explains that there has been a 49% increase, even with the stronger dollar and rising home prices. Foreign investment in US real estate is getting double-whammied in this situation. Imagine, Hartman says, if your currency was being devalued while you were buying at increased prices.

According to the National Association of Realtors, the Top 5 Foreign Buyers Are:

Hartman explains that the states in which foreign nationals purchased the most properties were Florida, Texas, New Jersey, California, and Arizona. European and Mexican investors tend to favor properties in Florida, while Canadians buy quite often in Arizona.

Hartman mentions a Wall Street Journal article discussing the next housing crisis, where they report that there is a historic shortage in new homes, with fewer new constructions now than almost any time in the past. The record the article uses for reference has kept track of new home construction for the past sixty years, and in that time, recent years have been the worst time for the housing shortage.

Hartman states that investors who are buying properties through the network are in an enviable position because millennials are now moving into the housing market. According to the National Association of Realtors, millennials now occupy the largest share of the homebuying market. Hartman mentions that several years ago, he stated that investors had the largest share of the homebuying market, but millennials are buying now. Currently, this group occupies 36% of the market.

He also notes that society and world-views for this group are different than they were for other generations. Millennials are part of the sharing economy, and they’re part of a major shift in thinking. Of the 36% of millennials occupying the housing market, 65% are first-time homebuyers. It’s a different world, Hartman says. 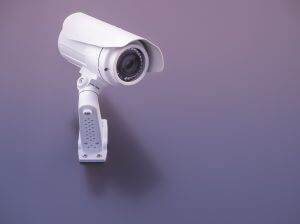 Taking a break from housing, Hartman discusses another important topic in the news within the last ten days. Facebook, the second scariest company on Earth, is in trouble, as they should be.

Many of us have read George Orwell’s novel 1984, which was published in 1949. Hartman explains that the future we were so concerned about in this book didn’t quite happen the way that Orwell predicted, but it happened. In London, he says, it happened that way. London has a great deal of closed-circuit television (CCTV) cameras throughout the city and operates in a secretive, Big Brother sort of way.

Hartman compares the UK to a wolf in sheep’s clothing, as it presents the illusion of being a democratic place while there are a good deal of frightening things happening in the country.

He states that the new idea of government is that they should be of the people, by the people, and for the people. It’s important to take control back and expose the government for what it is and what it has become.

Hartman explains that he is constantly reading and learning new things. He states that he has been reading the work of the Food Babe recently, who works toward exposing the toxins that are in our food and how apparently highly regulated companies get away with putting harmful ingredients into goods consumed by people.

He compares big business regulation with Facebook and states that both they and Google know that they’re going to be regulated and encourage it. Food companies, pharmaceutical companies, Wall Street, banks, and other large companies secretly pray for regulation because they know that they can afford the regulations. A new company that comes in and aims to be the next big thing can’t afford the cost of compliance.

Hartman points out that though we love the products of big companies like Facebook, and we use their products, they’re abusing people left and right. He suggests that they either need to be split up under anti-trust regulations or become regulated as a boring public utility. The innovation is great, but companies with a great deal of power are scary.

Hartman mentions the book The Food Babe Way, recommending the read to listeners, and notes that he came across an interesting quote, the Quote of the Day, issued by the Food Babe. She states that,

“Our bodies are being used as toxic waste dumps for food and pharmaceutical companies.”

Hartman explains that as people, we are the guinea pigs of the food and pharmaceutical companies. They’re poisoning consumers. Alcohol and tobacco companies do the same things, and he advises listeners to limit what these companies can do to us. They’re killing people by contaminating food and medication. The things that these companies are putting into our food is murderous.

He also states that if at all possible, avoid pharmaceutical drugs. There are, of course, people who need their medications after surgeries and for serious health conditions, but it is advisable to avoid what isn’t needed. Our bodies don’t deal with these medications well. It’s important to be aware of what these big companies are doing to people. It’s important to be aware of what harmful ingredients are being snuck into our food and our medicines.

Another Recession is Unlikely

Hartman states that there was a recent article in Investopedia that explains that there are no signs of another recession when it comes to spending compared with wage growth. Under President Trump, we are seeing legitimate inflation-adjusted wage growth for the first time in a very long time. We have not had a raise in real dollar terms in many decades.

The article states that American households, 2/3 of the economy, show nothing worrisome. In the past recession, people outspent their incomes, incurred a great deal of debt, and then had to pull back on their purchases and not spend as much as they were. As a result, businesses and stocks went down and there was a downward spiral beginning there.

So far, people have shown none of these behaviors recently, rather, they are showing prudence by keeping their spending in-line with their income. The level of debt has grown, but it is in-line with wages and assets. If anything, the data suggests that during this slow recovery, American households have put themselves on firm financial footings.

Hartman mentions that aside from this article, the average American citizen’s FICO score is the highest level that it’s been in years.

The article states that wages and salaries have outpaced other sources of income, growing 3.5% per year in recent years. The private sector has 3.8% growth per year. Reliance on government support programs has also lost significance, and welfare is being reigned in a bit. Income from unemployment benefits has dropped almost 60% and household finances have improved accordingly, at almost 6.5% growth in household debt in recent years.

Hartman explains that when you buy something, the monthly debt service is what matters to people, the payment, not the overall amount. The overall amount matters, but not as much from a budget perspective. The amount of debt on real estate determines, to some extent, the price and price appreciation.

He mentions that when he was involved in traditional real estate and listed a home for a client, they made the decision on whether or not they could sell the property, as well as their asking price based on the debt that they had on the property. When the debt is high, it actually decreases inventory.

In closing the episode, Jason Hartman mentions that there are several exciting events coming up in the near future. The Ice Hotel event in Sweden is sold out and will take place only 9 days away. If you’re attending the Ice Hotel event, you’ll receive the event app via email shortly, so keep an eye open for it.

He reminds listeners to be sure to register for the upcoming Creating Wealth event taking place in the Northeastern part of the country for the first time. A hotel has been chosen in Philadelphia and will be announced in a future episode. The event will be around May 19th, before Memorial Day weekend. The Venture Alliance trip in New York City will take place during Memorial weekend.

If you have feedback, questions, or comments, be sure to submit them at www.jasonhartman.com/ask.