In this episode of the Creating Wealth podcast, Jason Hartman discussed several important topics revolving around financial planning advice to help listeners form better financial plans for themselves. He mentions credit scores, the ways that they’re recorded, as well as the different credit reporting agencies and credit scoring models. He covered the reasons why it’s important to understand your score, what impacts it, and why it’s a good idea not to let your score get too high.

He also explored the Fed and their charter designed to even out the economy but explains that since the creation of the Federal Reserve, 25% of the time in the US has been in some sort of a recession.

Hartman mentioned Trump’s opposition to Amazon and his own opposition to both Facebook and Google, as well as covering the rented home myth and interesting discoveries he has made about his own DNA.

The Fed’s Job of Evening Out Inflation

Jason Hartman begins the episode by wishing listeners a Happy Easter, and though the episode was recorded on Easter Day, it’s going to be heard the following day.

He states that there’s a lot going on in the world that he wants to cover and mentions that he interviewed a guest recently, an economist that he is trying to book as a speaker for the Venture Alliance trip in New York City. He reminds listeners that Venture Alliance members can join the trip, and non-members are welcome to join as well for a one-time guest fee.

Hartman explains that one of the charters of the Federal Reserve was to even out the roller coaster ride that is the economy. They were supposed to smooth out the highs and lows, but since they were created, there has been a good deal of these ups and downs. Seventeen years after the creation of the Fed, the Great Depression came about, and seven decades afterward was the Great Recession. Hartman states that there have been eighteen major recessions since the Fed’s creation as well as 25% of all time since their creation being in some sort of economic recession.

Hartman mentions that in a future episode, he plans to take a deep dive into the topic of leading economic indicators (LEI), as he has been studying it in depth and something that will help with financial planning advice. He notes that this episode might take place at the Ice Hotel during the trip only a couple of days away. He explains that he has never seen the Northern Lights and hopes to see them during the trip and mentions that the Ice Hotel is said to have interesting acoustics, so a podcast might sound great on location.

Hartman states that President Trump is right about Amazon when he claims that they are going to gobble up and destroy a ton of businesses in what he’s calling a retail apocalypse. It’s creative destruction, Hartman says, and though he mentions that Trump isn’t right about everything, he’s right about this.

Hartman notes that he is also opposed to Facebook and Google, as they are two of the scariest companies on the planet. Fortunately, Facebook’s stock has gotten pummeled recently. Hartman explains that these companies violate anti-trust laws and when a company is becoming too big to fail, they need to be regulated or chopped into smaller parts. They’re controlling and censoring what we’re allowed to see and say.

Hartman states that he viewed a documentary last Monday that discussed financial crisis and the Great Recession and in it, the criminal organization Goldman Sachs was mentioned. Though their actions are not technically criminal, it’s only because they have the money and power to make what a common man sees as criminal, not be. They pay fines, but never pay with jail time and it’s no big deal to them.

In the documentary, it was discovered that Goldman Sachs was betting against its own money through a mortgage scam in 2006. The company bought mortgages in Cleveland, Ohio and made two different deals on the same homes in the same year. The customers engaging in the home deals expected the mortgages to be paid back, and Goldman Sachs made another deal in hopes that the mortgages would not be paid back. They were playing both sides of the arrangement.

For his first piece of financial planning advice: Hartman explains that there are several types of credit scores, coming from three major credit bureaus. In addition to those, there are several things that impact your score: payment history, utilization ratios, number of inquiries, and hard or soft inquiries. To make things more complicated than they are, there are several scoring models used to evaluate credit. The three main bureaus usually have different scores for the same person, and Hartman notes that he isn’t sure why that is.

He reminds listeners that if their credit scores are too high, they’re making a mistake. If you’re not using your credit, do so, but don’t get ripped off with loans. Borrow money to buy more properties.

He notes that realtors will occasionally brag about never having had a deal fall out of escrow, but that is usually because they’ve only completed three transactions, not enough to have failures. If you take risks and put yourself out there, you’re going to have some failures. That’s the real finanical planning advice: it happens; when you make things happen in the world, you’re going to run into a few problems.

He also mentions that if you have only one property and it goes vacant, 100% of your portfolio has become flat. If you put the law of large numbers on your side and spread the risk, you will receive consistent yield. If you’ve got a lot of transactions, you’re bound to have problems, but you’ve also got more security.

Hartman explains that he has received quite a few questions from listeners on www.jasonhartman.com/ask and plans to address some of them in the near future. He also offers his thanks to people who have registered for the Philadelphia event coming up before Memorial Day weekend. He states that he has booked a swanky hotel for the event, as well as occupying the largest room in the hotel. Get your tickets as soon as possible at www.jasonhartman.com/events. 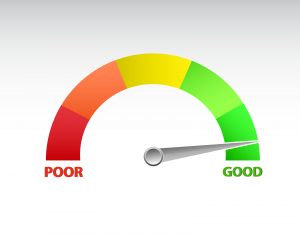 In this piece of financial planning advice, Hartman states that FICO scoring ranges from 300 to 850, and that FICO 8 is the most widely used version of credit scoring. FICO 4 is an older version, but the real estate industry is kind of archaic, so they still use it for mortgage financing. It’s often the model used when people try to qualify to buy homes. FICO 8 is commonly used for auto financing, so if you’re buying a car, the dealership is likely to use FICO 8.

He notes that scores can be different depending on which model is being used. His FICO 8 score is 750 while his FICO 4 is at 711, which isn’t as good.

When it comes to credit cards, most businesses use FICO 8 and FICO 4, though FICO 8 is much more common now. Not only does FICO 8 exist, but so does a specific FICO 8 Bank Card score, and a FICO 8 Auto score. They’re both different from standard FICO 8. Hartman mentions that his FICO 8 Bank Card score is at 762.

The guest explained to Hartman that millennials don’t seem to understand inflation and have no real concept of it because they’ve never lived through it. They don’t understand how prices and asset values rise, as they are not really in the buying market. Many people in the 18-34 age range did not see inflation occur the way that Hartman’s generation did.

Hartman explains that most of the properties he sells are unrented but notes that he would like to issue a word of caution regarding the rented home myth. He states that one of his investment counselors does not like to sell rented properties, because with them, you’ll be less likely to have a good home inspection. With unrented homes, there is very little argument regarding the condition of the home. When a local market specialist sells unrented properties, you’re going to get a great idea of what you’re buying.

Getting a property rented is not going to be a problem most of the time. They rent quickly. However, when a tenant already has all of their stuff in a property, inspectors tend to want to be polite. They don’t move things around, look behind pictures on the walls, move furniture to look at the floors, or flush the toilets as freely. They don’t nose around like they would in a vacant house and that might prevent a full inspection.

Vacant homes are a safer bet, but Hartman does not discourage the purchasing of rented properties. If done, be certain that the punch list items that are needed are completed before escrow closes. Accept money from the seller, not promises. If a task can’t be done on time, accept extra money in the escrow account that will cover the items needed if they can’t be done before closing.

Hartman and His DNA

Hartman explains that he kind of likes science and had an aptitude for it when he was in high school. He resisted for many years because he didn’t like the idea of the Orwellian society we’re living in, but it was a losing battle. Our cars and phones have GPS chips in them, and the government is listening to us, even looking through our cameras in our computers.

He mentions that Google keeps a record of every search that has ever been executed on their platform since its beginning. He states that all of your rights to privacy are only rights protecting you from the government, and not private companies. You have no protection from private companies and when they’re sharing their information with the government, they might as well be violating our rights directly.

In explaining this, Hartman states that he finally gave in and got a DNA test because he wanted to know about his ancestry and health. After submitting, someone emailed him through the website claiming to be a cousin of his. He mentioned that at first, he thought it might be a scam, but because the website showed him the link between himself and this person, it would have been difficult to fake.

This person reached out to Hartman in an attempt to locate his biological father and Hartman explains that he has been helping that distant cousin on his search. He states that he wanted to share this story with his listeners as it is unfolding, so updates might come of this in the future.

He also mentions that he had a DNA test done on his dog, Coco, but isn’t sure how accurate that test was. He states that we are all probably in a database somewhere, but the government isn’t telling us.

In closing the episode, Hartman states that his next episode will be done in Sweden during the Ice Hotel trip, so he will be reaching out from the Arctic Circle, and states that if listeners have anything to add, they can leave comments or questions at www.jasonhartman.com/ask.

The Problem With Hillary with Edward Klein

Cheney One on One by James Rosen

Jeffrey Lord on What America Needs