Financial Education for the Real World 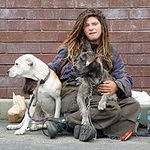 This ain’t MTV, but it is the real world. Unfortunately, most of us received a pretty paltry financial education in school; we’re lucky if it even included basics like balancing a checkbook or evaluating investment choices. While each individual can decide for themselves whether or not this was some sort of vast conspiracy concocted by the powers-that-be to keep the average American financially ignorant, the good news remains that this ignorance can be quickly remedied for free with the resources at JasonHartman.com.

The first factor of your financial education to consider when it comes to a profitable place to park your investment dollar is universal need. Even the bluest of blue chip stocks can’t make the argument that they fulfill a basic human need. In the larger scheme, it doesn’t matter if Wal-Mart or General Motors takes a colossal plunge into bankruptcy and disappears from the face of the earth. Another will rise to take it’s place and the desire for whatever they sell remains fulfilled.

Not so with real estate – and that’s why we like it. A place to live is a basic need. That’s why being homeless carries such a negative connotation – no one wants to be homeless. Well, there was that guy in Key West who claimed he loved sleeping on the beach but, for most of us, the idea of meandering through life with no place to call home is unfathomable. We’re not tough enough to do it, especially in places like Siberia or the Mojave Desert.

The lesson here is to approach your financial education with common sense. Does the investment fill a universal need? Wal-Mart can always crank out another stock but…real estate…real estate they’re not making any more of it.