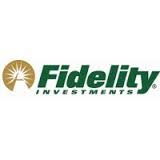 The agreement between the California Department of Insurance (CDI) and Fidelity National Title Insurance Company was to resolve allegations of illegal kickbacks paid out from 2003 to 2011.

Between the previous $4.5M settlement with the federal government and this new $1.25M settlement with the state of California, Fidelity and its companies will pay almost $6M, not including legal fees and other costs. But does any of that money help to indemnify brokers who accepted the TransactionPoint payments? After reading what Commissioner Dave Jones said, RE-Insider isn’t so sure.

“Illegal rebates by and to those involved in the home purchasing process compromise the best interests of the consumer,” said Jones.

Commissioner Jones specifically mentions not only those who paid the kickbacks, but those that received the payments. RE-Insider is sure that there are quite a few brokers who are nervous about the next part of the investigation.

RE-Insider will continue investigating whether the terms of this settlement will protect brokers who used the TransactionPoint software.

Original article published on Re -Insider.