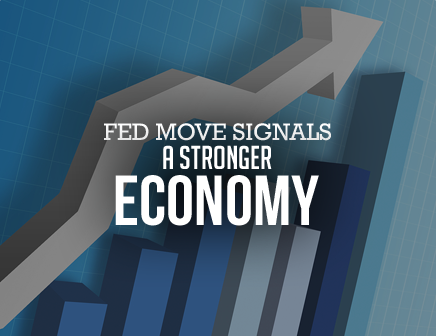 The Federal Reserve will begin shrinking the enormous portfolio of bonds it amassed after the 2008 financial crisis to try to sustain a frail economy. The move reflects a strengthened economy and could mean higher rates on mortgages and other loans over time, the AP reports. The Fed announced Wednesday that it will let a small portion of its $4.5 trillion balance sheet mature without being replaced, starting in October with reductions of $10 billion a month and gradually rising over the next year to $50 billion a month. The central bank said it’s leaving its key short-term rate unchanged but hinted at one more rate hike this year if persistently low inflation rebounds. The Fed policymakers’ updated economic forecasts show an expectation for three more rate hikes in 2018.

The Fed has telegraphed its move for months, and investors are thought to be prepared for it. Still, no one is quite sure how the financial markets will respond over the long run. The risk exists that investors could become spooked by the rising number of bonds being transferred back into private hands. If that were to happen, long-term rates might surge undesirably high, which could weigh on the economy. To avoid spooking investors, the Fed’s plan for shrinking its balance sheet is so gradual that the total would remain above $3 trillion until late 2019. The issue of when and how the Fed will manipulate its main policy lever—its target for short-term rates—in coming months is less clear. After leaving its benchmark rate at a record low for seven years after the 2008 crisis, the Fed has modestly raised the rate four times since December 2015 to a still-low range of 1% to 1.25%.