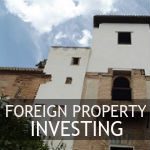 Meredith Whitney is Jason Hartman’s special guest on episode #331 of The Creating Wealth Show. In addition to authoring the book, Fate of States: the New Geography of American Prosperity, Whitney is the founder of Meredith Whitney Advisory Group. Her basic theory is that “interior” states like North Dakota, Indiana, and Texas are doing better than their coastal counterparts such as New York, Florida, and California. She thinks the coastal states will continue to struggle even after the Great Recession fades away, while the middle of the country will continue to thrive.

But before Ms. Whitney takes center stage on the microphone, Jason debriefed long time Hartman Media Company marketer, Brittney, about her recent trip to Europe. The bottom line, according to both Brittney and Jason, is that the continent is in bad shape economically, culturally, and politically. The culprit is a lengthy siege of innovation-killing socialism that has been the overarching political system for too long now.

Jason: “No Property Investing for Me in Europe Yet”

It’s no secret that Jason has scouted dozens of countries around the globe in his eternal pursuit of suitable property investing targets overseas. To date, no luck, but he reveals to Brittney that there are some positive signs on the horizon, especially in the Spanish city of Malaga. We’ll get to that later.

It seems that the terrible customer service experienced by Brittney and Jason on their separate European treks are indicative of a larger malaise that has infected the continent. At its heart, socialism destroys creative energy, innovation, and the drive by any average citizen to get out there and make something entrepreneurial happen. The problem? Forward-momentum killing governments that seem to exist for no other purpose than to say “no.”

Living in the Past is a Problem

Jason recounted an interesting opinion on the subject delivered by a previous Creating Wealth guest, Dan Sullivan. Mr. Sullivan opined that the problem with Europe is that it exists with a focus on its, admittedly, grand and impressive history. There’s no doubt that it is a bastion of geographic beauty, as well as cultural and historical significance. But with a world obsessed on enjoying what has already happened, how can an area ever move forward? Contrast this with the American experience which, for better or worse, is an entrepreneurial dynamo eternally seeking to escape the box.

Sullivan went on the say that the European mentality is all about encountering metaphorical roadblocks at every level of government. Eventually, the people don’t even bother trying and resign themselves to a life of accepting that whatever the present lot in life looks like, that’s what it will always be.

A $19 Hamburger and a Crazy Little Place Called Malaga

Think the United States is expensive? Try Europe. On his trip, Jason sat down at a modest little cafe in Reykjavik, Iceland, and chose a middle-of-the-road hamburger off the menu. Price? $19. It’s the same everywhere in Europe. Nosebleed prices for average products. And then there’s the graffiti problem, in both rich and poor neighborhoods. Why, pray tell? It could have something to with raging unemployment. Spain endures an overall rate of 26.6%, while the youth unemployment (those under 25) is an almost unfathomable 56.5%. Think some of that graffiti is coming from bored out of their mind young adults?

Which brings us to Malaga, a city Jason compares to a “little Monaco.” This is the area that caused him to say that property investing there, especially in the outlying suburbs, almost makes sense. He’s not ready to pull the trigger, but it might happen. Some day.

Over the next two decades Meredith Whitney expects the strong states to grow ever stronger economically and the weak states to get weaker. As perhaps the lone voice to predict the Citigroup implosion right before it happened, her opinion on things economic hold some sway with pundits and citizens alike.

The problem with the coastal states and other problem areas is that both the people and governments are overleveraged, operating on the erroneous belief that home prices would never decline. As most of us who were paying attention back around 2007 know, decline they did and with a vengeance.

Here’s Why It Hurts

When a state (or federal) government cuts back, the pain is felt by every taxpayer. Rich people and businesses leave, creating a downwardly spiraling economy characterized by fewer jobs, higher taxes, and lower services. Sound familiar California, Florida, and New York? This is the exact reason California has been stuck in a middle class exodus for decades.

Conversely, a strong state economy boasts higher tax receipts generated by increased economic activity and a more robust economy. This time we’re looking at you North Dakota, Texas, and Indiana. All these areas currently enjoy low taxes, high job creation, and high salaries. In North Dakota, an area desperate to find enough people to fill job vacancies, $20 an hour is the going rate for bussing tables at a local restaurant. That’s how you provide higher quality of life. And you can bet more than a few people are abandoning their expensive shacks 15 miles from the coast in Cali and headed for the frigid plains of North Dakota – and loving every minute of it!

Already the interior states have moved up from providing 23% of the national GDP to 25%. Those two small percentage points indicate a serious shift in momentum. For more information about Meredith Whitney and her spot-on economic analysis, buy the book! (Image: Flickr | ell brown)

Hedging Against Inflation with Ken McElroy