Equity Firms Are Lending to Landlords 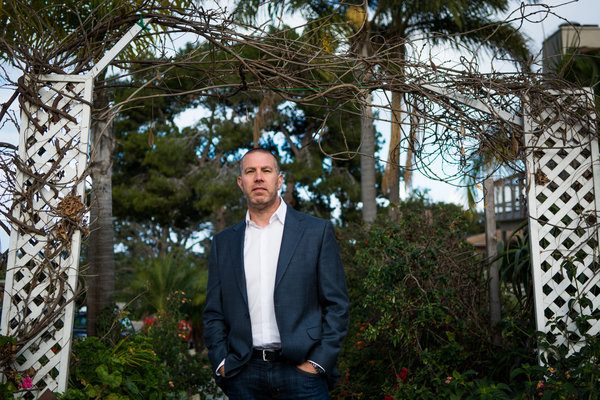 In the aftermath of the financial crisis, large private equity firms spent tens of billions of dollars buying foreclosed homes across the United States to operate them as rental properties.

Now some of those same firms are providing loans to smaller investors seeking to do much the same.

Three big private equity firms — the Blackstone Group, Colony Capital and Cerberus Capital Management — are betting that so-called landlord loans to small and midsize investors will become the next big opportunity to profit from the rebound in the United States housing market. The private equity firms are providing financing indirectly to hundreds of real estate funds buying single-family homes, something that until recently was not widely available.

Over the last year, subsidiaries and affiliates of all three private equity firms have lent collectively about $1.5 billion to smaller residential real estate investors, enhancing the capability of these firms to gobble up distressed single-family homes, said people briefed on the matter. All three firms are gearing up to bundle those loans into bonds — with the first securitization of landlord loans expected to come to market in the next few weeks with Deutsche Bank taking the lead underwriting role, these same people said.

The private equity firms see a rising demand for landlord loans — which can range from as little as $500,000 to $50 million — given that smaller- to midsize real estate investment firms historically have had to rely mainly on cash raised to make purchases. This new availability of credit comes as banks are still looking to unload 579,582 homes that the property research firm RealtyTrac estimates are still winding their way through the foreclosure process.

Blackstone, Cerberus and Colony are entering a market with little competition. Most of the banks that did make loans to investor-landlords left the market during the financial crisis. Currently, the only other significant lenders to single-family home landlords are Fannie Mae and Freddie Mac, the government-sponsored mortgage finance companies. But financing from Fannie and Freddie is difficult to come by because it is limited to true mom-and-pop investors — ones who typically own just a few homes.

The market then would appear to be a potentially large one for the private equity firms, with individual investors and small investment funds owning 14.6 million single homes in the United States, according to analysts with the investment bank Keefe, Bruyette & Woods. But it is a fragmented market with 86 percent of all investors owning 10 homes or fewer. Leaving aside the giant institutional buyers like Blackstone’s Invitation Homes, Colony’s own Colony American Home affiliate and American Homes 4 Rent, analysts at KBW estimate that just 14 percent of investors own about 11 homes to 250 homes each.

“Property management capacity and performance of borrowers matters a great deal when we contemplate new financing streams for smaller and midsize investors,” said Sarah Edelman, a senior policy analyst with the Center for American Progress. “Providing financing to help put excess foreclosed homes back to productive uses could be a good thing, but it’s important to think of what an investor will do with their homes.”

Representatives for the lenders say they have strict due diligence standards with regard to making loans. Investors say that it is in their interest to improve the homes they buy and maximize the return on their investment.

“We think of our tenants as our clients,” said Thibault Adrien, who four years ago raised $42 million from investors to buy hundreds of foreclosed homes to renovate and rent them out. “If we provide them good service they will be happy and stay longer in our homes.”

With an $11 million loan from Cerberus’s FirstKey Lending, Mr. Adrien is now looking to double his purchasing power on a second fund that raised about $40 million in investor cash. With the financing, his Lafayette Real Estate, a firm based in New York, will be able to buy more homes in the half-dozen states it currently operates in than it otherwise could, he said.

Mr. Adrien, who formerly worked for the private equity firm Fortress Investment Group, said the availability of financing was vital for midsize investors like him who are not interested in flipping distressed homes for a quick profit but operating rental properties for the long haul. He intends to borrow $40 million more from either FirstKey or another private equity lender.

The developing market for landlord loans shows how large private equity firms are working their way deeper into the fabric of the United States housing market. They are doing so at a time when there is increased demand for rental housing and many people still have dented credit histories coming out of the financial crisis and do not qualify for a mortgage.

Blackstone, for instance, which emerged as the biggest Wall Street-backed buyer of foreclosed homes, now manages about 45,000 single-family homes in nine states through its Invitation Homes subsidiary. The firm’s Bayview Asset Management affiliate is buying nonperforming mortgages from the federal government. Bayview is packing the worst of those mortgages into short-term bonds that pay out based on the liquidation value of the foreclosed homes.

Now with its B2R Finance subsidiary, which began in summer 2013, Blackstone is lending money to landlords small to midsize. The firm has begun running online ads that say: “KaChing. Cash for landlords. Leverage equity to buy more rentals.”

Jason Hogg, chief executive of B2R Finance, who joined the company in November and most recently worked with American Express, said demand for loans from investors was steadily growing.

“The rental investor segment has been growing at an exponential rate,” said Mr. Hogg, who early in his career was an agent with the Federal Bureau of Investigation in New York. “We are seeing steady demand from professional rental property investors — a near doubling in the last month alone, equating to over a billion dollars in the pipeline.”

Many of those borrowing from the private equity shops have sprung into existence in just the last few years. Many investors smelling fat profits jumped into the distressed housing market in the middle of the crisis when the number of foreclosure filings peaked at 2.87 million homes in 2010, according to RealtyTrac.

Now that housing prices in many markets have recovered a good deal, the bargains are largely gone making it necessary for those investors that remain to borrow money to increase their buying power. Most of the loans the private equity firms are writing are two to five years in length and have interest rates of 5 to 6 percent. Financing is backed by mortgages on the properties and sometimes the rental payments on the homes.

In January, American Housing REIT said in a regulatory filing that it had secured a two-year $5 million loan from B2R Finance at an interest rate of a little more than 4.75 percent to purchase additional homes. American Housing, controlled by Heng Fai Enterprises, based in Hong Kong, said the loan from B2R Finance was backed by a mortgage on 72 homes it owned in the United States.

The push to securitize landlord loans is following a similar path that big institutional investors like Blackstone, Colony and American Homes 4 Rent took with their own large portfolios of single-family homes. Over the last 18 months, the biggest buyers of foreclosed homes have sold 16 single-family rental bonds with a combined value of $8.9 billion, according to Kroll Bond Rating Agency.

Yanir Ram, chief financial officer of DRI Holdings, a California real estate firm, was one of the first to get approved for a loan from FirstKey. He said the $36 million loan, secured by 300 homes his firm bought and manages in the Antelope Valley region of Southern California, would allow DRI to expand its business without borrowing from hard-money lenders.

“If these guys didn’t exist I’d be forced to pay higher rates to another lender and there would be less proceeds for my business,” Mr. Ram said.