Economic Future Predictions and Triggers for the Next Business Cycle Recession

Episode 1015 of the Creating Wealth podcast featured the second half of Jason Hartman’s interview with Matthew Gardner, chief economist at Windermere Real Estate. Continuing where they left off on economic future predictions, the two discussed the home inventory shortage and the impact, or lack thereof, that the loosening of credit regulations stands to have on sales. They covered Millennial buyers as well as business owners and how they’re each trying to find an affordable place to thrive.

Before the interview began, Hartman also covered a recent article that discussed seven different ways that Generation Z stands to impact commercial real estate. From that, he gives realistic predictions regarding what will happen in residential real estate as well.

Education is the Shortest Distance Between Poverty and Wealth

Jason Hartman announces part two of the interview he had with Matthew Gardner, chief economist at Windermere Real Estate where they discussed economic future predictions and the housing market.

Before getting into the interview, he explains that there is another topic he’d like to cover, something that has only ever been briefly touched on in the podcast before. He mentions Generation Z and their impact on income property investments. This isn’t the Millennials, Generation Y, Generation X, or Baby Boomers. This generation is composed of young people whose oldest members are only now coming into the real estate world.

This new generational conversation reminds Hartman that he has been hosting this show since 2005, and he thanks his listeners for remaining loyal for so many years. For those of you who are newer listeners or would like a recap, www.jasonhartman.com/start has resources where you can find hand-picked episodes that focus on core ideas and important guests that will help understand and implement the teachings presented in this show.

The information is free. You don’t have to pay some real estate guru $40,000 to learn. This is because education is the shortest distance between poverty and wealth.

Some people have recently asked for the audio files from the most recent Meet the Masters event, which is available at www.hartmaneducation.com.

Hartman states that he has made many predictions over the years, and many of them have been very accurate, save for interest rates and his predictions regarding them. He notes that he’s finally right after all of these years, as they are now rising. For listeners interested in taking advantage of properties before the rates rise any higher, check out what’s available on www.jasonhartman.com/properties and be sure to talk to your investment counselor. They will help you for free, and they’ll find properties for you before they’ve even hit the market.

Hartman mentions that when it comes to Generation Z, there is a lot to talk about as they move into the rental market. He notes an article he read recently that listed the seven ways that Generation Z will change commercial real estate. The article is more from a business angle, which isn’t something income property investors are concerned about, but we are all concerned for the overall economy and income properties.

The article states that 40% of Generation Z kids said that working wifi was more important to them than working bathrooms and Hartman would agree that being connected is very important. He also adds that the third trend out of the seven mentions a suburban revival, which is something he has been predicting for a long time now. The suburbs are coming back, and we have already seen movement into the urban core. People want walkable communities and entertainment, but there is certainly a suburban revival coming.

He has predicted a resurgence of the suburbs, where housing costs less and both houses and yard are larger. The suburbs do have a lot to offer with low crime rates and if driving into the city becomes less of a chore, it will make the suburbs and exurbs even more attractive.

As Generation Z is coming of age, they’re slowly entering the housing market. As of now, many are renters, but they aren’t content with it due to the skyrocketing prices of rents all over the country. Hartman adds that both rents and housing prices are going up. The article states that Generation Z is going to be more family-oriented and will likely settle down and raise children faster than the Millennial group.

Switch to Suburbs and the Change to Companies

Hartman explains that autonomous vehicles are becoming a game changer, despite the bumps in the road with the Tesla fatalities. Any new technology is going to have issues, and eventually, they will be figured out. When they are up to speed, it will change the world in terms of employment, housing, and putting downward pressure on high-priced location driver real estate. The three drivers of real estate are location, location, location and that may soon change. It might not be a megatrend shift, as the three blocks around a property are still going to matter, but they’ll matter less.

The article mentions that the suburbs are not dead even though we have seen shifts downtown. The revival of suburbs is going to force companies to reconsider their headquarters locations, and office-occupier trends will change. Generation Y has changed the world and Generation Z will do so even more. For all of those in the Y Generation, they had the convenience of growing up with technology, but Generation Z is the first generation to grow up bathed in social media. That was the technology of their formative years, Hartman says. Think of the huge impact this is going to have.

Generation Z will be a great rental market, and maybe they are going to be more family-oriented, but Hartman believes the jury is still out on this theory. They may very well delay marriage as well as the past generation has. 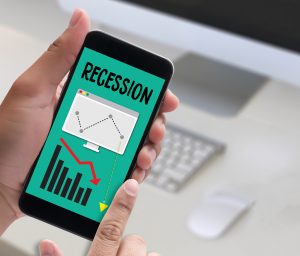 Continuing on the interview with Matthew Gardner, Hartman states that the million-dollar question for economic future predictions is, will there be another housing bubble? Millennial buyers are facing $600-$900,000 for first-time homes when they should be buying their first home for around $150,000.

Gardner explains that the trouble is, the land is often worth $150,000 before there’s even a house built on it.

Hartman adds that the banks seem to be more conservative this time around and though there are little glimmers of low down payments, he wonders if the next bubble is going to have anything to do with a mortgage crisis.

Gardner recalls that in the early 2000s, if a person had a heartbeat, they qualified for a mortgage and now we have the opposite. Rather than the sublime where everyone qualifies, we have the ridiculous, where nobody qualifies.

Hartman agrees that this is ridiculous, as there are plenty of 680 people that should qualify.

Gardner explains that if the approval number was dropped from 740 to 730, another several million people would qualify for mortgages and we really do not need more demand for housing. We have enough demand and nowhere near the supply needed to satisfy it. This would only further overheat the market. He adds that we are not in another bubble, and down payments are considerably higher than we have seen in a long time.

He states that he looks at housing bubbles two-fold and considers two important things: credit quality and down payments, and the fact that we aren’t seeing as much flipping as there was before the recession.

Economic Future Predictions: Triggers for the Next Business-Cycle Recession

Gardner states that if they’re leveraging, the returns won’t have enough yield and because of the two-fold factors, the rent to value ratio is at 40%. When the bubble burst, it was at 69% and as long as it stays low, he is not seeing an indication for a new bubble. The next recession, according to Gardner’s economic future predictions, won’t be driven by the housing market.

When asked what it might be driven by, he states that trade wars might be an issue, as no one wins them. If we continue isolationist policies, that could end up causing a recession. Faster tightening by the Fed might also be an issue. If they tighten too fast, it might cause a contraction. This will appear different than the last recession, as it will look like a more “normalized” recession. It will be similar to the 1991-1992 recession and unemployment won’t go up. Housing prices won’t go down, but they will flatline. There have been a lot of recessions in the history of the US and this one will not be like the one in 2008-2009.

Hartman agrees that the 2008 recession was a once or twice in a lifetime thing. There was the Great Depression, and then seventy years later, the Great Recession.

When asked to expand on the trade war comment, Gardner explains that it could lead to a recession due to less consumption. A recession is defined as a two-quarter contraction in GDP. If it is negative for two quarters, it is a potential recession. If the US is participating in tariffs, other countries will create them as well. Prices overseas will go up more and companies might contract employment or supply.

Gardner also explains as part of his economic future predictions that apartment rentals are going to continue to rise, and it might slow down as the supply and demand are coming back into balance. Renters will be slowing the rental rate growth in apartments rather than single-family homes.

Hartman adds that single-family homes have been constrained and are pushing up.

Gardner agrees but mentions that boomerang buyers, those who lost homes due to foreclosures in 2008 are now able to qualify for a mortgage again. They will start moving out of rented accommodation and into the buying market again, so single-family rentals might start to taper.

Hartman adds that Millennials are also moving into the market again, and though the boomerang buyers are qualifying again, the housing prices are much higher than before.

Gardner mentions that in greater Seattle, the demand is still solid, but rental rates are starting to slow down. The rent-to-value ratio is out of whack, but they’re doing well compared to other parts of the country. Affordability is what concerns him. He suggests imagining being the owner of a company, thinking about workforces and how much you have to pay your workers. In large cities like Seattle, the cost of living is an issue and at some point, business owners are not going to be able to afford the market. More interest is developing farther east, like in Boise. Boise, ID is actually building homes.

He closes by saying that if we cannot address the affordability issue, the market will become less competitive.

Hartman agrees and compares this to the water theory of money. It flows to the lowest point always, as it has to.