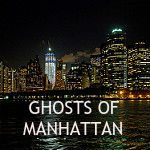 Jason Hart gets literary on episode #337 of The Creating Wealth Show when he interviews “Ghosts of Manhattan” author, Doug Brunt about writing, his wife – Fox News personality Megyn Kelly – and the mortgage industry collapse.

Doug Brunt Under the Hood

Doug Brunt is the former CEO of Authentium and author of, “Ghosts of Manhattan.” In his new book, he transports readers back to the extravagant times before Bear Stearns collapsed, exposing a culture with boundless bonuses, where the company expense account was routinely used for bar tabs, visits to strip clubs, and worse. He even throws in some comical stories.

Brunt offers a withering view of life on Wall Street from the perspective of an unhappy insider, run-down by the corrosive lifestyle which is jeopardizing his marriage, who is too hooked on the money to find a way out. He is married to Fox News anchor, Megyn Kelly, who has helped him edit his books. Brunt describes their relationship and why he gave up a lucrative career as an Internet security entrepreneur.

Probably more than anything else, Doug Brunt is known now as the author of “Ghosts of Manhattan.” He describes it as a fictional setting but historically accurate look at the life of a Bear Stearns bond salesman in the years (2005-06) immediately preceding the mortgage industry collapse.

From the Amazon.com blurb: “It’s 2005. Nick Farmer is a thirty-five-year-old bond trader with Bear Stearns clearing seven figures a year. The novelty of a work-related nightlife centering on liquor, hookers, and cocaine has long worn since worn thin, though Nick remains keenly addicted to his annual bonus. But the lifestyle is taking a toll on his marriage – and on him.”

Is This Really How Wall Street Works?

By now, anyone who has been paying even a smidgen of attention to this journey through life should realize there’s a reason so many books and movies portray Wall Street life with such visceral depravity. In short, some of it must be true!

Regular listeners to The Creating Wealth podcast have long heard Jason decry Wall Street as the modern version of organized crime. Brunt concurred, though did offer the caveat that not everyone involved in securities trading was terrible, but there are people who live the life exactly as depicted in the book.

And it’s a mad, mad world. According to Brunt, fresh-out-of-college graduates have no real idea of how the game works until they’re in the middle of it. Does $300,000 sound like a nice salary? If that’s all you make by the time you hit your late 20’s, there’s something seriously wrong. That’s loser pay for a thirty-year-old trader.

At first it’s fun, partying more than you did in college, but by the time you’re into your 30’s, the life collides with marriage and family values.

Breaking Down the Mortgage Industry Collapse

As a former Wall Street Insider, Doug Brunt had a ringside seat to the mortgage implosion. He lists five specific steps that led to the worst financial disaster since the Great Depression:

An excellent book and movie on this topic is The Big Short, written by Michael Lewis. The movie version starred Christian Bale, Brad Pitt, and Steve Carrell (among others) and received many kudos during the 2016 Oscar season.

Brunt’s most recent book, The Means, has nothing at all to do with the mortgage industry collapse and everything to do with politics. An American presidential campaign, in particular. You can learn about his books and more at www.DouglasBrunt.com .