Don’t Hire a Credit Repair Agency Until You Read This! 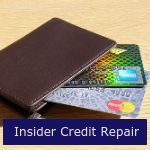 When it comes to personal finance, understanding how credit works will almost certainly allow you to avoid heartache down the road. In a world that runs on monthly payments, and where the full price is almost never paid up front, a consumer might find it almost impossible to function with poorly managed credit.

Jason invites credit expert, John Ulzheimer, to the discussion on episode #313 of The Creating Wealth Show. Ulzheimer is a nationally recognized expert on credit reporting, credit scoring, and identity theft. He is the President of Consumer Education at SmartCredit.com and the credit blogger for Mint.com. John is the only nationally recognized credit expert who actually comes from the credit industry. He has served as a credit expert witness in more than 125 court cases. He also has 21+ years experience in the consumer credit industry, including positions with Equifax and Fair Isaac (inventors of the FICO credit scoring system).

But First Let’s Talk to Cody

It’s no secret Jason has taken advantage of his swanky apartment’s proximity to the Arizona State University campus to make the acquaintance of a number of people. Before getting to the interview with John Ulzheimer, Jason talks for a few minutes with an ASU “college buddy” by the name of Cody, who is set to graduate in a month with a major in Finance and minor in International Business. While it might seem like Cody is only on the show for his 15 minutes of fame, a Generation Y perspective on the job market and student loan debt is actually quite topical.

Student Loans – The Bad and the Ugly

There’s really no good involved when looking at student debt from a national perspective. With over $1 trillion waiting to be repaid, Cody mentions that the first quarter of 2014 saw $3.5 billion go into default in those three months alone.

The magnitude of loan debt will change the American Dream for the largest generation in history in a big way. With monthly loan payments as much or more than a house payment, expect Gen Y to remain renters for a longer period of time than previous generations. Will they put off forming a family? Quite possibly, especially when facing the prospect of a job market where older, more experienced employees are choosing to work through retirement and hang onto good jobs with a death grip.

Bankruptcy Will Save the Day, Right?

Nobody likes to contemplate filing for bankruptcy but it’s always there as a last resort. Wait seven years and the stain on your credit goes away. Right? Not so fast. Though the federal government has stepped in as guarantor of this massive chunk of debt, they have seen to it that they WILL get their money. Unlike most other forms of debt which can be discharged through bankruptcy court, you cannot file for bankruptcy to escape student loans. Also expect that the government will pursue aggressive collection tactics like wage garnishment to insure they get what is owed them.

We’ve already mentioned how America’s modern consumer economy runs on credit. Want to buy a house, a car, a big screen television, or swanky motorcycle? If you’re part of the vast majority who can’t plop down many thousands of dollars worth of cash on the table, you better be paying attention to your credit score. A low number here could mean you pay a higher interest rate or will be denied the opportunity to receive a loan at all.

According to Ulzheimer, a recent study conducted by the government revealed that 10-21% of consumer credit reports contain a confirmed error. As you can see, there’s a decent chance your report could hold mistakes that are costing you money.

Too many people ignore their credit score until the day they want that loan on a brand spanking new car. When they bank turns them down, panic sets in, and soon they are throwing money at the bevy of credit repair agencies who promise the sun, moon, and stars – and that new car.

But free isn’t always really free. These agencies are in business to make money. Ulzheimer suggests that consumers should go to one website that has been mandated by the federal government to issue truly free credit reports annually from each of the three major credit reporting agencies. The website is AnnualCreditReport.com. Don’t forget it. Here’s another incredible number – a full 96% of free credit reports go unclaimed.

Get That Error Off Your Credit Report!

There is an established process to remove adverse items from your credit report. While you might choose to hire a credit repair agency, most people could do it themselves. The first step is to notify, in writing, not only the credit score reporting agency but also the source of the bad information, likely a bank, collection agency, or in-house lender like a car dealer.

Depending upon the exact circumstances, the credit reporting agency has 30-45 days to verify the item. If they can’t, it must be removed. Sometimes even if an adverse item is correct, it might be difficult to verify so don’t be shy about demanding they prove the contents of the report.

Are All Credit Repair Agencies a Scam?

The credit repair industry is tightly regulated and Ulzheimer points out that, though there are some shady operators, there are also plenty that operate legitimately. Basically, hiring one of these agencies is like retaining a proxy to argue with the credit reporter for you. A credit repair agency cannot, by law, charge for services before they are complete, though sometimes a “setup fee” allows them to get money before they start.

Your best bet is to check the listings at the National Association of Responsible Credit Service Organizations. A company has to meet certain standards to be accepted for membership. Look for one that has been in business a while and has had no complaints lodged against them.

As the preeminent credit reporting expert, John writes on the topic often. Good places online to follow him are SmartCredit.com and his personal website JohnUlzheimer.com. (Image: Flickr | GotCredit)