Do You Have an Innovative Personality? 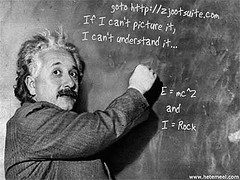 Our founder, Jason Hartman, who also serves as host for the podcast The Creating Wealth Show, likes to take a break from real estate talk every tenth show and venture off into a variety of topics. In the spirit of Jason’s vision, we decided to take a look today at exactly what personality traits go into creating an innovator. You know what we’re talking about, right? The kind of guy or gal who starts diagramming new ideas on a cocktail napkin and THEN dives into the nitty-gritty work of seeing the vision through to fruition.

Can you spy any of following four personality types in yourself?

1.Movers and Shakers: These are the people with a strong personal drive and who love the idea of creating a legacy and wielding power over others, which is not necessarily a bad thing. Most of us could use some direction now and then. A mover and shaker likes to lead from the front and isn’t averse to a bit of self-promotion at the end of the day. This personality might be a bit arrogant and impatient with the shortcomings of others.

2.Experimenters: As might be expected, the experimenter is open-minded and quite persistent at herding a new idea through the various stages of development. Passionate workaholics, the experimenter is the intense guy or gal at work who makes everyone else feel inadequate about their lack of dedication and puny workload.

3.Star Pupils: The star pupil went from waving their hand at the front of the classroom to leading the charge in the corporate boardroom. They seem to be good at everything from developing their personal brand to utilizing employees to their best potential. It’s no big surprise that the star pupil often lands in the CEO spot.

4.Controllers: The controller is sometimes seen as the opposite of the experimenter. He likes structure, is uncomfortable with risk, hates nebulous projects, and loves structure. Since this personality type feels the need to maintain complete control over matters, they rarely rise to oversee large corporations but rather find success with a smaller business of their own.

Of course, it’s nigh near impossible to pigeonhole people into nice, neat, orderly categories, but bits and pieces of these personality types pop up often enough to make a few generalizations. The bottom line is that entrepreneurs tend to exhibit these frequently.