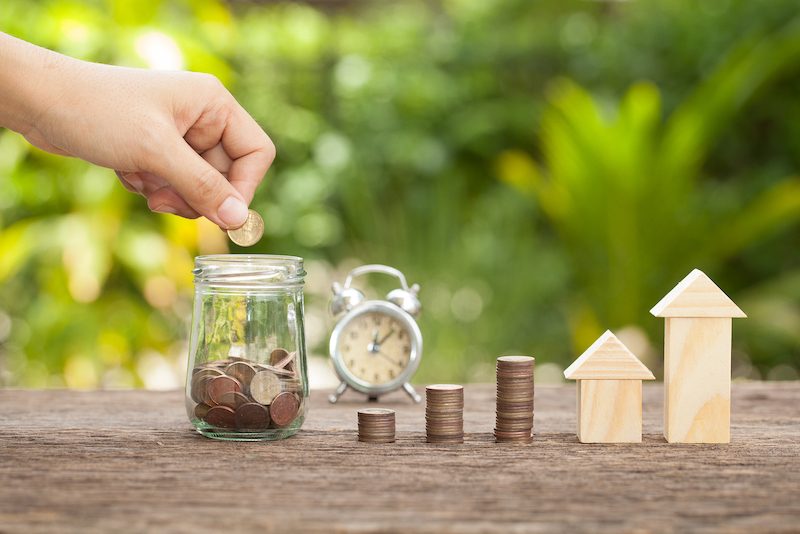 Jason Hartman invites Elisabeth Embry as a returning guest to discuss her 5 year financial plan, the steps she takes to assess her goals, and why her approach is an important part of managing her financial freedom.

Hartman reminds listeners that the 5 year financial plan contest is still open. Create a video detailing your financial plan for the next five years and upload it publicly to YouTube for the chance to win prizes.

Hartman also continues his conversation with Dr. Ron Paul on big government, and what would occur if the government did not have such a large role in the way the country operated. They further discuss government-implemented inflation, their manipulation of currency, and distortion of both the real estate market and the college tuition market.

Hartman starts off the episode by reminding listeners that the 5 year financial plan contest is still underway. It’s a useful exercise as well as a chance to win prizes by creating a video detailing contestants’ 5-year plans and sharing publicly to YouTube with the words “Jason Hartman 5-year plan” somewhere in the title. Jasonhartman.com/contest has more details regarding the contest. Hartman advises listeners to participate for themselves if anything else, because recording or writing a plan helps crystalize thinking and clarify goals in a manner that makes them more real.

“A problem defined is a problem half-solved.” Hartman says.

He recalls that Dennis Wheatley once told him that a goal should be just out of reach but not out of sight, and five years in the real estate business is a reasonable amount of time to put a plan into motion. The waiting game is often necessary when it comes to making real estate plans a reality.

Elisabeth Embry returns to the podcast to discuss the way that she and her husband, Neil, assess their 5 year financial plan. Embry encourages the practice of deep thinking and taking the time to outline a plan, putting pen to paper. She says that coming up with an idea makes it more real and attainable, and it also helps outline the possibilities and appropriate targets within a plan.

She states that she and Neil take time every year to plan for the oncoming years and reflect on the past year’s performance.

“It’s so easy to remember the bad things that happen…but then when you actually look at the performance of your portfolio in aggregate, the progress you’ve made against your goals from the prior year, you get to actually see the scale and the scope of all the things that you actually did achieve.” She says.

To Embry, this sort of planning and reflection prepare her and put her in a positive state of mind to consider bigger goals and plan for them.

We Tend to Not Put Emotion into Our Victories

Hartman explains that as human beings we have biases like confirmation bias and sunk cost bias that influence our decisions and views. If we’ve invested in something, we keep trying at it to save the time we’ve invested. We also follow our own beliefs. One of the reasons that we remember and focus on a problem is that we attach more emotion to the occurrence. We don’t celebrate small victories enough and we sink a good deal of negative emotions into the memory of a bad event.

“Do you, every month celebrate when that rent comes in on time? No, that’s nothing. You don’t think about it, right? But when it doesn’t work, when it’s late, it’s a crisis.” He says.

Embry mentions that this way of thinking might harken back to our caveman days. We remember the bad things that happen because our lives depended on negative regards at one time. We had to learn about what doesn’t work or what not to do in order to live. Today, people don’t reward themselves for their accomplishments.

With over twenty years’ experience in goal planning, Embry states that she gives herself building blocks as tools to reach her goals. A building block can be a mentor or coach, assignments and activities, training, and knowledge building. Embry recalls that attending Meet the Masters events have aided her because of listening to the speakers and learning from and about the experiences of others. She also listens to podcasts and educates herself by reading books about her topic to further reach toward her goals.

One of the steps that Embry takes in assessing her goals is what she refers to as the working backwards method. She compares this to the way that Amazon Press Releases work, writing the press release and then doing the project. Once the release is out, there’s a sort of permanence to the project. With a solid press release, the plan can become more crystalized. Embry mentions that this also helps maintain self-disciple and it gives her another opportunity to check her goals and determine which products are marketable.

Another important aspect of Embry’s plan is to include one major life experience in every year. She and Neil have the desire to do something fun every year, and in order to do so, they need income freedom, and a team of support and they have to have their pieces in play to have a clear target.

Embry mentions the three areas that have to be addressed: current, needed, and target. Look at what you’ve got, determine what you need, and set a target for yourself. 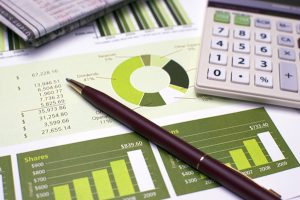 Take Stock of Your Resources

Part of Embry’s assessment of her goals is breaking down her 5 year financial plan to look at the smaller pieces in terms of one to two years. She takes her plans one step at a time to determine what she currently has and what she needs to obtain in order to meet her target.

People tend to look at things in a very scarce fashion, and many times we have to force ourselves to show gratitude for the things we have. We fail to look at our resources, and instead we focus primarily on the things that we don’t have.

Embry observes her charts at least quarterly, sometimes monthly if needed to ensure that she and Neil are on the right track. She looks at individual goals to remind herself of the factors she’s meeting and which factors she needs to apply attention to.

“Creating goals are great, but creating goals and then never thinking about them again, that’s not going to get you the lift that you really need.” She explains.

In reference to the 5 year financial plan, Hartman says that when you speak into the camera, you will be creating a reality. Steve Jobs was known for the way he’d push incredibly hard and declare things that had to be accomplished even despite being told it was not possible. He saw a future and made it happen.

Government Involved in Our Lives

Former Congressman Dr. Ron Paul returns to the podcast to discuss the roles of government in our lives. According to Paul, the government should have no business sticking their noses into every business transaction in the country.

Paul continues to try outlining his points both morally and economically, though there are challenges associated with this due to certain people on the left taking the high ground of compassion. They pull away from one group and give to another.

Regarding the topic of a minimum wage increase, Paul illustrates the way that this would fail by creating more inflation on the cost of living. The way the government works money-wise has it to where the lower 50% of people only have as much wealth combined as the three richest people in the US. He explains that if the value of money is damaged through inflation, it will always destroy the middle class. It has occurred a good deal since our last recession of 2008.

When it comes to the distortion of real estate markets, Ron Paul explains that encouraging homeownership by creating pseudo agencies distorts the housing market. Sallie Mae does something similar when it comes to the college tuition market. Tuition has been bloated and inflated beyond reason for several years.

According to Paul, the CPI is going up more than the government admits to, and there truly is a good deal of inflation. The cost of medical care had increased quite a bit, and congress involves itself, compounding the problems with community reinvestment acts. The banks then make mistakes because the information they have isn’t correct of the true interest rates. Because of this, they encourage unwise loans and when those loans fail, the banks are bailed out. The people who have lost their jobs and homes, however, are left to their own devices.

The newer generation is at a point where the majority cannot afford to buy homes. Paul states that any changes have to be initiated outside of Washington, because Washington will not take steps to change anything on its own.

Price discovery is another issue related to a distorted market. Hartman points out that because of this, we don’t know what a house is supposed to cost thanks to our government tying itself into unsavory practices like regulations, manipulation of currency, manipulation of tax codes, and incentives designed to encourage people to participate in things they normally would not consider.

Hartman states that often, when he has meetings with other people, 45 minutes of the conversation is aimed at how to manipulate a portfolio for the best tax advantages, rather than trying to focus on the best returns.

Ron Paul mentions that price distortion and currency manipulation tends to cause worry in people. He recalls when there were wage and price controls due to the rejection of gold standard (August 15), there were shortages of things almost instantly, because prices were being established incorrectly.

In reference to Hartman’s question regarding the recent attack on Rand Paul, Ron states that he is going to make a recovery. The first few weeks were serious, but Rand was feeling well enough to speak to his mother to say that he was feeling better and he did return to Washington.

From the perspective of the government and central banks, inflation seems to be a good business plan. They buy votes, spend money irresponsibly and when something goes wrong they inflate their debt away. According to Paul, they’re arrogant to believe that they’re good at managing money. If we have a positive time period financially, the Federal Reserve takes credit for it. If the market is experiencing a negative time period, the Federal Reserve inflates everything and then they take credit for correcting the recession that they were responsible for.

They fail to cut spending and they facilitate big government. If the government played a smaller role in our lives, growth would occur at a slower rate, but it would still occur. Society can’t continue in the economic conditions we have, and Paul is in favor of monetary reform. He calls for people who understand the policies, because the near future is inflationary, and something has to be done about it.

Wrapping up the segment, Dr. Ron Paul offers his website as a means to learn more about his political experience and social commentary. Visit www.ronpaullibertyreport.com where Dr. Paul issues reports every day at 11:00 Central.