Are the Days of the Series LLC Over? 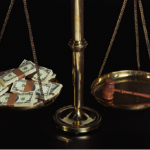 US Tax Aid – An unexpected court case showed up and completely turned Series LLC planning upside down. Before I go into the details, let me cut to the chase. If you have a Series LLC right now, this isn’t the end of the world. But you do need to read the details of the court case I’m about to discuss or talk to someone who has knowledge about it. I can’t emphasize this last part enough. I’ve seen people saying it doesn’t matter (WRONG! It does!), and I’ve seen people trying to dismiss this just as a jurisdictional problem. They try to say that such a thing would never happen in ABC state. I don’t think you can say that either.

Series 2010B is a subsidiary cell from a parent company, Arch Bay Holdings LLC. This is where the Series LLC part of this comes into play.

Alphonse felt that it was not a legal foreclosure because of robo-signing issues and so he sued Series 2010B and its parent Arch Bay Holdings LLC in federal court. Now, it gets tough. A subsidiary cell of a Series LLC should be a legal entity on its own. And the court really didn’t know what to do. I want to say this again. It should have been a slam dunk. If a subsidiary cell of a Series LLC has clearcut asset protection it should have been thrown out. But it wasn’t. Instead it was kicked back to U.S. District Court to make a decision on what to do. And the District Court just looked at the facts of the underlying lawsuit and didn’t answer the Series LLC question.

This is an important case for Series LLCs because it demonstrates that the courts aren’t ready to accept what we all thought was certain – the asset protection ability of the subsidiary cells.

First, there are situations where the members have agreed to something, or there has been an agreement between a member and the Parent. In those cases, the Series LLC is a good fit. You have a contract and that seems to be well supported.

Second, there are situations involving parties who have not contracted with the company. For example, an external creditor could care less whether you have a parent or a subsidiary cell. They just want to make sure they get paid. In that case, can the creditor cross through the lines? Based on the court’s inaction in Alphonse, we are left with some uncertainty and that’s never good if you have an investment or business.

Now, here’s the big question. Does a Series LLC work? Should you have one? I still have mine, but I’m carefully looking at what I’m doing within each subsidiary. I have already moved some of the subsidiary cells into their own stand-alone LLC. The annual cost is higher, but if we’re talking about a big potential liability, the cost is small.

I recommend that you talk to an expert who really understands the underlying costs. Don’t get someone’s free opinion or ask the question on an open forum. Business structure planning is always an important step in building your wealth.