Dallas-Fort Worth new-home sales, starts drop by about a third 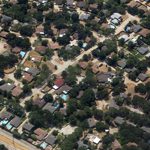 New-home sales in Dallas-Fort Worth plunged more than 30 percent in the first quarter as the credit crunch and economic worries kept buyers on the sidelines.

The decline was almost twice as high as the rate for all of 2007.

And the drop in starts was even steeper – down 35 percent from a year earlier, according to statistics released Thursday by Metrostudy Inc., which tracks the local housing market.