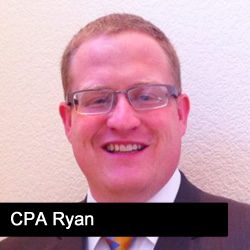 Jason kicks off the show looking at a microtrend he’s been seeing after the GOP Tax Reform was passed, which may only be attributable to people wanting to hate anything Trump does. He also looks at the response of people to the tax reform, with people looking to prepay their property taxes and write it off on their 2017 taxes.

In this second half of the show, Jason Hartman finishes his interview with CPA Ryan, as the two continue their look at the new GOP Tax Reform. Ryan points out a few more big changes, as well as several minor ones. Some of them are HUGE for real estate investors, like the accelerated bonus depreciation, while some are mostly targeted at smaller groups (like hedge fund managers).

[18:21] Enter at JasonHartman.com/Contest to win tickets to Meet the Masters

[20:50] The accelerated bonus depreciation is enormous for real estate investors

[30:14] 529 plans (education plans for children) can now be used to pay for private schools

[30:47] Some tax changes that were EXPECTED but didn’t end up happening