CW 923 – Protect Yourself From Scams, Rags to Riches & Back to Rags, Debt Cleanse & Burn Zones with Jorge Newbery 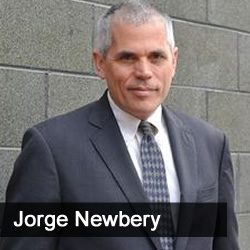 The world today has created criminals that have become more and more sophisticated as crime has gotten harder due to security measures most people are using. Doors aren’t left open any more, everything has an alarm on it, but people still don’t protect EVERYTHING. Identity theft is a huge problem, and there are scams abound for people who are willing to sink to that level. Jason Hartman warns about some of the newer scams to hit the market.

Also, don’t forget to do your 5-year plan video or register for Meet the Masters!

Then, Jason talks with Jorge Newbery, author of Debt Cleanse: How to Settle Your Unaffordable Debts for Pennies on the Dollar, about Jorge’s real estate journey, including having to fight against local government in an attempt not to lose an 1,100 unit apartment complex. Jorge at one point was $26 million in debt and has fought his way back and is set on helping those who need it most.

[3:09] Jason’s thought on identity theft, which Jason considers the biggest crime in the world

[5:57] One of the new telemarketer scams out there today

[9:30] A story about how fractional lending actually stopped a man from being foreclosed on in the 60s

[20:26] How Jorge got into the real estate business, and was taken down by a single ice storm

[28:56] A fake news story about Jorge being investigated turned the public against him and his renovations

[33:13] Why Jason is okay with the strategic default practice, even as a lender himself

[34:39] In his quest to erase his $26 million in debt, Jorge found an error that erased $5 million of it, which led to a startling revelation

[38:39] Our whole society is set up to create massive bubbles that burst and allow the powers that be to buy assets for pennies on the dollar while we blame ourselves for the situation

[40:45] The wealth concentration in our nation is becoming untenable

Over the course of time, it is in the interest of the banks, and the creditors, and the Fed…to create these bubbles.