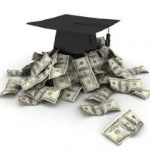 Benjamin Ginsberg is the David Bernstein Professor of Political Science and Chair of the Center for Advanced Governmental Studies at Johns Hopkins University. The rising cost of education is largely due to the rising cost of college administrations. Employment of academic administrators has increased 60 percent from 1993 to 2009.

Ginsberg has proposed several ideas to curb education costs. He shares them on the podcast. Among his proposals: cutting tenure. He also explains how higher education plans differ from business or military strategies.

Benjamin Ginsberg is a libertarian political scientist and professor at Johns Hopkins University who is notable for his criticism of American politics in which citizens have become “marginalized as political actors” and political parties weakened while state power has grown. His assessment of the futility of voting along with his notion that the public has an illusion of control over government has caused controversy, and sometimes his explanations have been criticized.

Find out more about the Johns Hopkins political science department at www.politicalscience.jhu.edu.