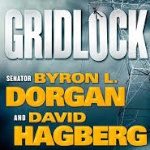 Byron Dorgan is the former Senator of North Dakota and author of, “Gridlock.” In this interview, Dorgan explains the very real threats to our highly vulnerable electrical system. Countries from Russia to China have ALREADY infected our electrical systems with a powerful virus that can’t be simply removed. There NO SUCH THING as a National Electrical Grid. Dorgan discusses what America has done to basically sabotage our alternative energy industry. He still believes there are some ways we can use coal as an effective energy source.

As a former Senator, Dorgan talks about what made him want to write fiction books. Find out more about Byron Dorgan at www.byrondorgan.com.