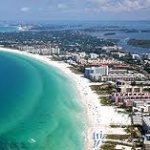 Jason Hartman talks with Steve about his recent trip to the British Virgin Islands (BVI) including Necker Island owned by Richard Branson, the founder of the Virgin group of companies. Jason and Steve discuss the gold crash, goldbugs, the silver markets, Harry Dent’s prediction of gold dropping to $750, Peter Schiff’s incorrect prediction of gold at $5,000 by the end of Obama’s first term. Is Gen Y deflationary?  We’ll see.  Other talking points include; judicial foreclosures, streamlining the foreclosure process and price discovery, British Virgin Islands (BVI) asset protection and several other issues.

Next up, Jason talks with his South West Florida Local Market Specialist (LMS) about bulk foreclosure REO purchases in the markets following markets:

Stay tuned for these upcoming episodes: