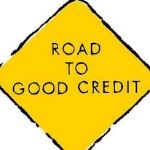 John Ulzheimer is the President of consumer education at SmartCredit.com. Recently, there was a massive ten-year, $200M credit card fraud scheme, spanning 28 states, eight countries, with 18 people arrested. Ulzheimer breaks down how this happened. He also give us a step-by-step process whereby a fraudster can create a synthetic consumer out of thin air.  Ulzheimer shares tips for improving your credit score and preventing identity theft. He urges people not to close their old credit cards.

John Ulzheimer is a nationally recognized expert on credit reporting, credit scoring and identity theft. He is the President of Consumer Education at SmartCredit.com and the credit blogger for Mint.com. Formerly of FICO, Equifax and Credit.com, John is the only recognized credit expert who actually comes from the credit industry. He has served as a credit expert witness in more than 125 cases and has been qualified to testify in both Federal and State court on the topic of consumer credit.  Download John’s CV here. John has 21+ years of experience in the consumer credit industry including positions with Equifax Credit Information Services and Fair Isaac (inventors of the FICO® credit scoring system). He has authored the following educational materials including:

John has been quoted and published over 1,000 times since 2005 on the topic of consumer credit and has appeared numerous times on CNBC, FOX, CNN, CBS Evening News and Oprah’s “Oprah and Friends” XM Satellite Radio show. He has contributed to CNBC’s “On The Money” and “The Millionaire Inside”, Freddie Mac’s “Know Your Score” campaign, Oprah’s “Debt Diet” series and The Suze Orman Show. He is also a frequent commentator on credit-related issues in various outlets including CNBC, Associated Press, USA TODAY, Los Angeles Times, New York Times, CNN.com, Washington Post, American Banker, Wall Street Journal, SmartMoney.com, MONEY Magazine, Bankrate.com, ABC News Radio, CBS MoneyWatch, and other regional business and consumer media. Since 2006 John has been a regular guest lecturer at The Westminster Schools in Atlanta and the University of Georgia in Athens. He also volunteers his time to speak about consumer credit to the Georgia Consortium for Personal Financial Literacy and the Atlanta Union Mission. He has also taught courses at Emory University’s Center for Lifelong Learning and guest lectured at The Walker School, both in metro Atlanta.