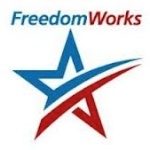 Jason Hartman interviews Dean Clancy, the Vice President of Public Policy of a grassroots movement called FreedomWorks, to discuss many hot topics and issues that our country is facing. Dean talks about the fiscal cliff and the ramifications of the policies pushed through on New Year’s Eve, and the money being thrown at special interests in typical bloated government fashion.

Dean stresses the importance of voter participation and discusses some radical options to turn around the debt crisis and decentralize the system. He states there is more incentive in government to do the wrong thing than what is actually best for our country and its citizens. FreedomWorks’ aggressive, real-time campaigns activate a growing and permanent volunteer grassroots army to show up and demand policy change. They believe individual liberty and the freedom to compete increases consumer choices and provides individuals with the greatest control over what they own and earn. They lead the fight for lower taxes, less government, and more freedom.

Dean Clancy is FreedomWorks’ Legislative Counsel and Vice President, Health Care Policy. He leads our efforts to reverse the government takeover of health care and adopt a patient-centered approach. Clancy has served as the top White House budget official on health care, Medicare, Social Security, and other major government spending programs; as executive director of the President’s Council on Bioethics; and as a senior policy advisor to the congressional leadership.

Clancy boasts an impressive resume a deep expertise on a broad range of domestic and fiscal policy subjects. Jokingly referring to himself as a “recovering Washington insider,” Clancy works closely with Members of Congress, grassroots activists, and the public to defend and strengthen the world’s best health care system and reduce government interference in the doctor-patient relationship.