CW 310: Journey to Success with Jack Canfield NY Times Bestselling Author of the ‘Chicken Soup for the Soul’ Series 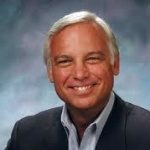 On this episode, Jason Hartman is joined by Jack Canfield, America’s #1 Success Coach, to talk about Jack’s journey to success as founder and CEO of Chicken Soup for the Soul Enterprises, founder and chairman of The Canfield Training Group, and his latest project, Bestseller Blueprint Training Program.

As the beloved originator of the Chicken Soup for the Soul® series, Jack Canfield fostered the emergence of inspirational anthologies as a genre – and watched it grow to a billion dollar market. As the driving force behind the development and delivery of more than 123 million books sold through the Chicken Soup for the Soul® franchise (and over 500 million copies in print worldwide), Jack Canfield is uniquely qualified to talk about success. His proven formula for success reached global acclaim with his most recent National Bestseller, The Success Principles™: How to Get from Where You Are to Where You Want to Be. Jack is a multiple New York Times bestselling author, including titles such as The Power of Focus, The Aladdin Factor, Dare to Win, You’ve Got to Read This Book! and The Key to Living the Law of Attraction.

He is the Founder and Chairman of The Canfield Training Group in Santa Barbara, California, which trains entrepreneurs, educators, corporate leaders and motivated individuals how to accelerate the achievement of their personal and professional goals. Jack is also the founder of The Foundation for Self-Esteem in Westlake Village, California, which provides self-esteem resources and trainings to social workers, welfare recipients and human resource professionals. Jack wrote and produced the Goals Program, a video training program for California welfare recipients. To date, the program has been responsible for helping 450,000 people get off welfare.

Jack is a featured teacher in the movie “The Secret”, “The Opus”, “The Cure”, “The Tapping Solution”, and “Yes IS the Destination…No is How You Get There.” He has recently been filmed for inclusion in two more films entitled “Discover the Gift” and “Awakening.” Jack has also been a featured guest on more than 1,000 radio and television programs in nearly every major market worldwide – many of them on a repeat basis. A sample of these shows include Oprah, Montel, Larry King Live, 20/20, Inside Edition, The Today Show, Fox and Friends, The CBS Evening News, The NBC Nightly News, Eye to Eye, CNN’s Talk Back Live!, PBS, QVC and many others.

Episode: CW 310: Journey to Success with Jack Canfield NY Times Bestselling Author of the ‘Chicken Soup for the Soul’ Series