CW 309: From Cash to Crash – Surviving the .COM and Real Estate Market Crashes with Roger Salam Founder and CEO of Winners Circle 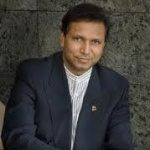 Roger began this journey by investing in himself before investing in properties, but as he said, “I was getting ready to get ready to get ready, and I was so scared to pull the trigger for the first house.” Finally, with the help of a mentor, he purchased his first property…in a war zone of drug dealers and thugs. He shares his experiences of cleaning up the neighborhood, building relationships and putting together a team of other investors. He started investing in higher quality neighborhoods and began working with hard-money lenders. Roger’s venture grew until it became nationwide, but the housing bust led to him unraveling his portfolio. Jason and Roger talk about the bad deals created by the banks and the shift in real estate deals that have created better opportunities for investors. Roger’s experiences taught him a lot and led him to create The Winners Circle.

Roger Salam is an award winning inspirational speaker, best-selling author of several books on sales & marketing and Real Estate investing courses.  He’s the recipient of “Thought Leader of The Year” by the National Academy of Best-Selling Authors. Roger is the chairman and founder of The Winner’s Circle, the largest and most respected invitation-only Mastermind Forum for top level business leaders and highly successful entrepreneurs. Prior to founding TWC, Roger was a full time Real Estate Investor. He & his partner owned over 500 houses in the greater Tampa Bay area and his latest acquisition is the 38,000 sq. ft. home, which is the largest private residence on public records in the greater Tampa Bay area, where all TWC Mastermind forums take place today.

In 1990, he joined the team of world-renowned author and inspirational speaker Anthony Robbins.  As Tony’s number one speaker & trainer, he has delivered over 3700 professional talks to various corporations, non-profit organizations and educational institutions in North America, Europe and Asia.  As a pioneer in Internet Marketing, he joined a start-up venture in 1998 and with a core team the company went to 2 billion in market cap during IPO in less than a year.  He was responsible for three divisions and its sales and marketing efforts, strategic alliances, new business development and channel expansion involving $35 million in annual revenue for this B2B e-commerce imaging service provider. He’s originally from Bangladesh and now resides in Tampa, Florida.  He’s a graduate of UCLA.  He has 3 lovely daughters and is most passionate about sharing knowledge and empowering people to reach higher levels of personal & business success!

Episode: CW 309: From Cash to Crash - Surviving the .COM and Real Estate Market Crashes with Roger Salam Founder and CEO of Winners Circle